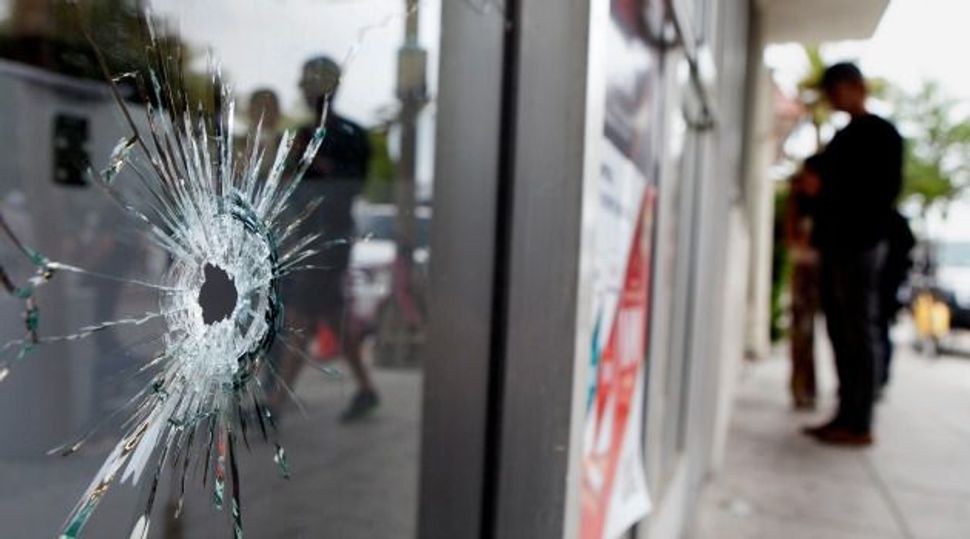 The grandfather of the man suspected in the mass killing in Santa Barbara, California, was a famed British photojournalist who took iconic photos of Jewish survivors and mass graves at liberated concentration camps in the final weeks of World War II.

Police identified Elliot Rodger, 22, a college student as the gunman who drove through the Isla Vista neighborhood in a black BMW, shooting at people in the beachside community where many college students live Saturday night.

Seven people died in the rampage, including the suspect who was found dead inside of a crashed vehicle with a gunshot wound to the head after he turned the gun on himself, authorities said.

Elliot Rodger’s father is an acclaimed British film director named Peter Rodgers, who worked on “The Hunger Games.” He moved with his family to California when Elliot Rodger was a child.

George Rodger was one of the first photojournalists to reach the Bergen-Belsen concentration camp after it was liberated — and took iconic photos of Jewish survivors.

He also took photos of mass graves that provide a historical record of the horrors that took place.

The photographer, who went on to help found the Magnum photo agency, told interviewers that he was later haunted by the fact that he spent most of his time at the camp looking for well-composed photos. He died in 1995.