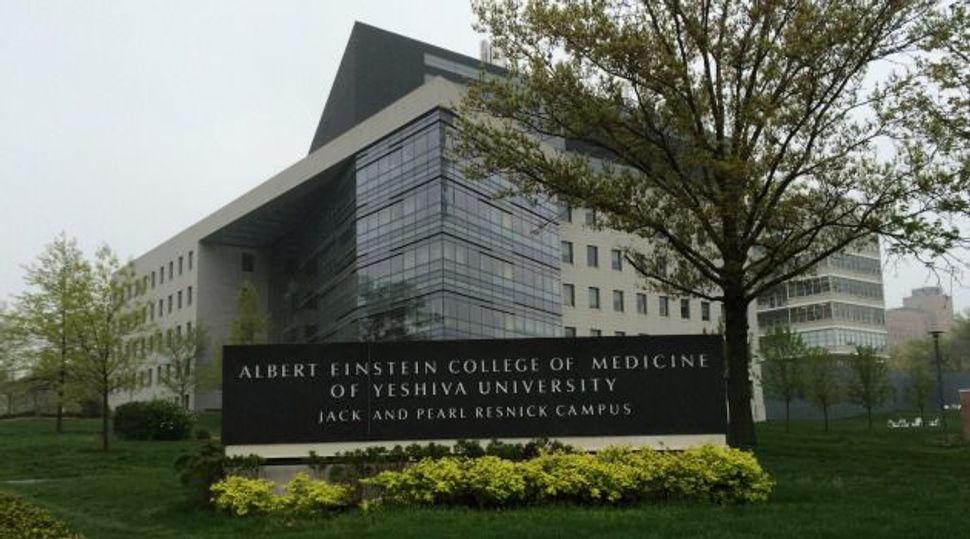 Montefiore Medical Center is set to take over greater control of the running and financing of Yeshiva University’s money-losing Albert Einstein College of Medicine in a move aimed at easing the medical school’s heavy financial burden on Y.U.

In a May 27 statement, Montefiore and Y.U. announced that Montefiore would assume greater responsibility for operations and financial management of Einstein, its neighbor in the east Bronx. Y.U. would continues as Einstein’s degree-granting parent.

Einstein, a research-intensive medical school which opened in 1955, has lost tens of millions of dollars per year over the past few years.

In recent weeks hundreds of Einstein employees have been faced with buyout offers or the risk of layoffs, according to a May 21 report in the Bronx Times.

Y.U., which is battling its worst financial crisis in decades, has recorded steep operating deficits of up to $100 million in each of the past six years. Consultants brought in by Y.U. to stem the crisis have pinpointed Einstein as being responsible for two-thirds of the river of red ink.

Last year, $43 million of Y.U.’s total operating deficit of $64 million was attributable to Einstein, according to Carolyn McLean, an analyst at Standard & Poor’s Most of Einstein’s research grants are from the National Institutes of Health, which has faced uncertainty in recent years because of cutbacks in federal spending.

A December 2013 analysis published by S&P noted: “Y.U. projects declining revenue over the next few years based on expected declines in federal (funding) and increased competition for grants.”

During the past two years, according to Y.U.’s audited financial statements, the school’s total grant funding fell sharply, to $205 million in 2013 from $243 million in 2012.

Y.U.’s president Richard Joel, alluded to Y.U.’s financial problems in his statement announcing the creation of a new entity to run Einstein, which he called a “historic” decision.

“We are delighted to emphasize our shared commitment to assuring the continuity and growth of the educational and research functions of Einstein while remaining a leader in medical education.,” Joel said in the statement. “At the same time, we are taking a powerful and important step towards building a financially sustainable Yeshiva University.”