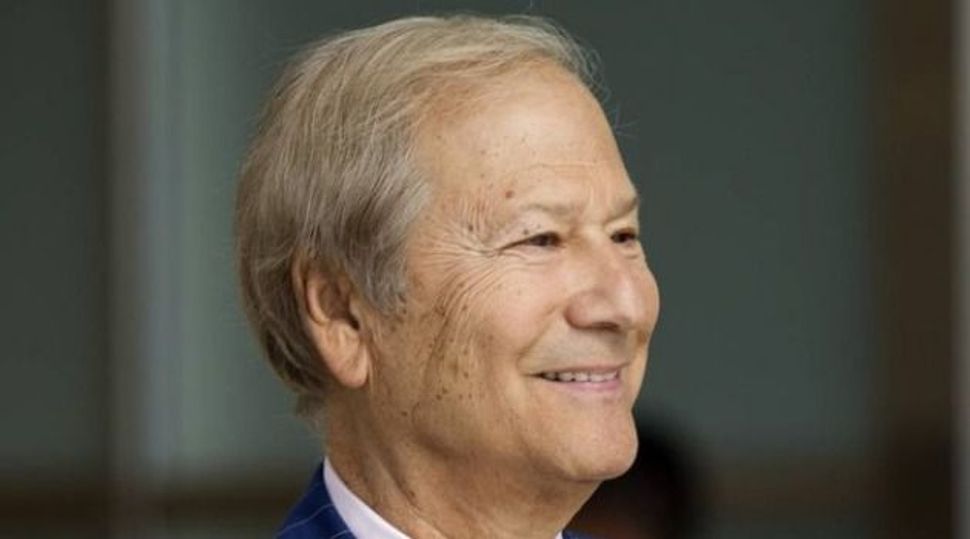 Lewis Katz, co-owner of the Philadelphia Inquirer and a philanthropist, died in a plane crash in Massachusetts.

Katz, 72, died Saturday night at an airfield near Boston. The Gulfstream IV plane he was riding in with six other people crashed after takeoff from Hanscom Field, according to reports.

Philadelphia Inquirer editor Bill Marimow confirmed Katz’s death to the media on Sunday. The names of the other six victims killed in the crash have not been released.

Katz and H.F. Gerry Lenfest last week bought out the newspaper’s other partners for $88 million.

“We’ve lost a great friend,” Marimow said in a statement to the newspaper.

“We all deeply mourn the loss of my true friend and fellow investor in ownership of The Philadelphia Inquirer, The Daily News and Philly.com,” Lenfest told the newspaper.

“It is a severe loss, but I am pleased to announce that Drew Katz, Lewis’s son, will replace his father on the board of our new company,” he said.

“My father was my best friend,” Drew Katz said in a statement. “He taught me everything. He never forgot where and how he grew up, and he worked tirelessly to support his community in countless ways that were seen and unseen.”

Katz grew up in Camden, N.J., where he had concentrated his charitable giving, including to two Boys and Girls Clubs; the Jewish Federation; Congregation Beth El; his alma mater, Temple University; and to the Jewish Community Center in Cherry Hill, which is named in memory of his parents, Betty and Milton Katz.

“Lewis Katz was an extraordinary man, whose presence enriched the lives of all those he came in contact with,” Marimow told the Forward. “He was a brilliant businessman and a skilled lawyer, but — even more importantly — he was generous to those institutions and people who had helped him in the course of his career. He cared deeply about his friends and family and was a dedicated and loving father and grandfather. He was also active in and generous to Jewish causes, helping build Jewish Community Centers in Cherry Hill and Margate, New Jersey. He helped found a third community center, which is currently under construction in Princeton. He was also instrumental in establishing a Hebrew day school in Voorhees, New Jersey, which is named for his two children.”

Other acquaintances of Katz’s were stunned by the news of his death.

“Unbelievable. What a tragic story. Horrible. Horrible,” said Bill Ross, director of the Newspaper Guild that represents the journalists of the papers and Philly.com, to Philadelphia Magazine. “I’m just stunned. I’m devastated. He was a real mensch, the salt of the earth. You never expect something this crazy to happen to someone you know. What a loss.”

Ross added that it was too soon to know how Katz’s death would impact the new ownership situation at the Inquirer, saying, “Business decisions now are just crazy as far as I’m concerned.”

But others raised questions over the ownership of the paper, given the Philadelphia Business Journal’s report this week that “Katz and Lenfest will officially assume ownership and Norcross and company will cash out on June 11.” If Katz’s estate is not settled by that date, a judge could be reluctant to let the sale close.

The Inquirer, however, asserted that the sale will close as expected: “Both H.F. Lenfest, Katz’s partner in the purchase, and Richard Sprague, who represented the pair in negotiations to buy the property, said Sunday that the $88 million deal would be completed as anticipated. Although the deal is set to close June 12, Sprague said that the sellers — a partnership led by George Norcross — had offered to extend closing 30 days if necessary.”

At a Sunday afternoon press conference, National Transportation Safety Board officials said that most of the plane had been consumed by fire and that they were still searching for the plane’s black box.

The Gulfstream IV, en route to Atlantic City, was reported to have caught fire as it tried to lift off around 9.40 p.m. local time, the Federal Aviation Administration said. It was unclear what caused the plane to burst into flames.

The cause of the crash remains under investigation.