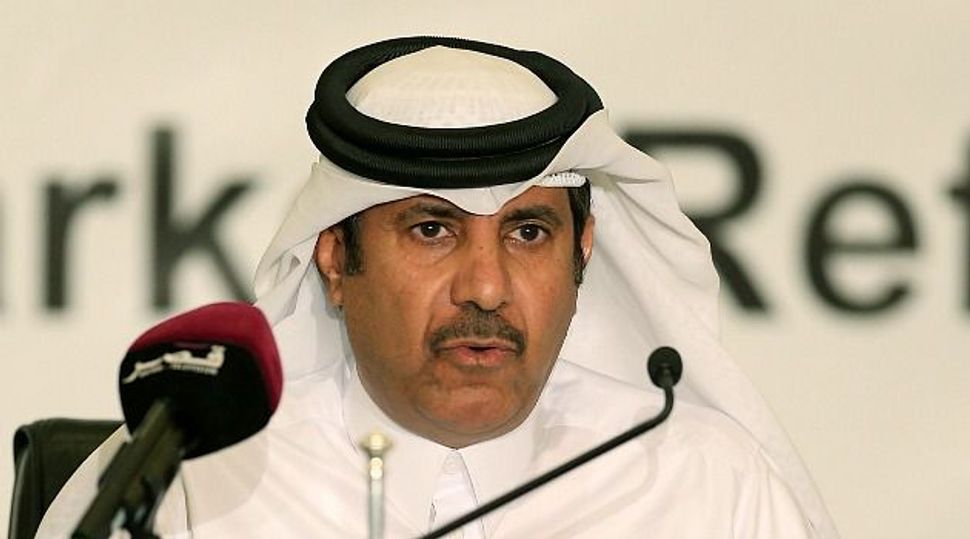 The vote for the hosting of the 2022 World Cup must be re-run if corruption allegations surrounding Qatar’s winning campaign are proved to be accurate, Lord Goldsmith, a member of FIFA’s Independent Governance Committee, said on Monday.

A British newspaper on Sunday claimed it had evidence that around $5 million was paid to officials in return for votes for Qatar’s successful bid, allegations organizers have “vehemently” denied.

The Asian Football Confederation (AFC) expressed “grave concern” at the reports, but said that Qatar would “do its utmost” to clear the doubts.

Meanwhile, African Football Confederation (CAF) president and FIFA vice-president Issa Hayatou categorically denied that he received gifts to support Qatar’s bid, dismissing the allegations as “fanciful”, “ridiculous” and part of a “smear campaign” against him.

Goldsmith, Britain’s former Attorney General, said that if soccer’s world governing body was to weather scandals surrounding World Cup bids, it had to “to produce a convincing and transparent answer to these allegations”.

“I believe that if these allegations are shown to be true, then the hosting decision for Qatar has to be rerun,” he told BBC radio.

“I don’t see how if it is proved, it is not proved yet though there is a case to answer, if it is proved, that the decision to give Qatar the World Cup was procured by frankly one can describe it in no other way as bribery and improper influence, then that decision ought not to stand.”

The man at the center of the allegations, Qatari former FIFA executive committee member and AFC chief Mohamed Bin Hammam, was not an official member of the bid team and has yet to comment publicly on the allegations.

FIFA’s ethics committee has already launched an investigation into the 2022 bidding process, headed by U.S. lawyer Michael Garcia who is expected to report this year.

FIFA, also facing huge logistical problems over the organization of this year’s World Cup in Brazil which starts on June 12, has declined to comment on the report, saying that the ethics committee is independent and referring all questions to Garcia’s office in Washington.

AFC said in a statement that its president President Shaikh Salman bin Ebrahim Al Khalifa had expressed grave concerns at the reports.

“The AFC President is convinced that the Qatar 2022 Supreme Committee for Delivery and Legacy, will do their utmost to clear the doubts.”

CAF said in a statement that Hayatou “has denied categorically the allegations of corruption published by the UK Sunday Times in its edition of 1st June 2014”.

“Mr Hayatou will not allow journalists once again to attack his integrity and reputation. Such allegations are meant to discredit not only him as a person but the whole continent.”

If the unprecedented decision was taken to re-run the vote, it is fair to assume that the losers in the 2010 ballot, who had already spent millions of dollars satisfying the technical criteria for a bid, would be in the frame.

The convoluted way the 2018 and 2022 bidding processes became intertwined muddies the waters somewhat, but the United States, South Korea, Japan and Australia could all claim to have been most hard-done-by if any corruption was proven.

The United States, who finished second to Qatar in the final round of voting, have said throughout the controversy that their sole focus is now on hosting the tournament in 2026.

Regional governing body CONCACAF have expressed a similar priority, although they are not necessarily committed to the U.S. being their preferred choice as hosts.

“From a CONCACAF perspective, our focus for the World Cup is 2026. We’re committed to that,” CONCACAF president Jeffrey Webb told reporters in New York last month.

Australia garnered just one vote in the first round of voting but, like the U.S., would not need to embark on major venue or infrastructure construction if another host was required for 2022.

The country invested A$43 million ($40.02 million) in their bid to host the tournament for the first time, though, and could find the political will to fund another attempt may be lacking.

Football Federation Australia (FFA) supremo Frank Lowy, the billionaire who has overseen huge growth in soccer’s popularity in the country, may yet decide to chance his arm at another run at securing what would be the crowning achievement of his footballing life.

“We note these are very serious allegations,” an FFA spokesman said.

“We’ve been monitoring FIFA’s investigations for many months and we’ll be keenly interested in their response. But at this stage, we can only continue to encourage a thorough process which covers all the facts as soon as possible.”

South Korea co-hosted the 2002 tournament with Japan and is gearing up to host the Asian Games, the world’s second largest multi-sport gathering after the Olympics, in Incheon later this year.

“When it is confirmed and there’s a re-run, the head and other senior members of the association will discuss the matter then. Nothing to say at the moment,” an official at the Korean FA said on Monday.

Nobody was available to comment at the Japanese Football Association (JFA) headquarters in Tokyo on Monday.

JFA president Kuniya Daini was forced to issue an apology earlier this year, however, after suggesting Japan’s preparations for the 2020 Olympics meant it could to step in to replace Qatar if FIFA decided not to stage the tournament there.

FIFA’s annual congress starts on June 10 in Sao Paulo and minds are sure to be concentrated with the world’s headlines now focusing on corruption allegations and not the showpiece World Cup tournament that starts in Brazil two days later.