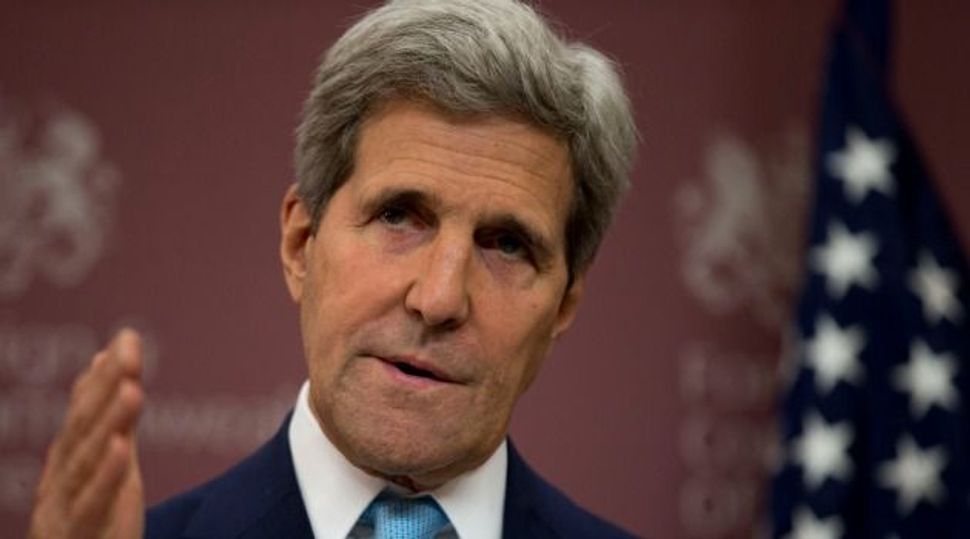 Secretary of State John Kerry said on Wednesday the United States would work with the new Palestinian unity government “as we need to” but would be monitoring its commitment to continued cooperation with Israel.

Palestinian President Mahmoud Abbas swore in a government of technocrats on Monday in a reconciliation deal between his Fatah movement and the Islamist Hamas, which advocates Israel’s destruction.

“We are going to be watching (the government) very closely, as we said from day one, to absolutely ensure that it upholds each of those things it has talked about, that it doesn’t cross the line,” Kerry said.

Kerry said Abbas had told him that the new government would be committed to principles of non-violence, negotiations with Israel and existing accords including cooperation on security.

Kerry, who oversaw peace talks between the Israelis and Palestinians that stalled in April, said he had spoken over the last few days with both Abbas and Israeli Prime Minister Benjamin Netanyahu, who warned on Sunday against any international rush to recognize the new Palestinian government.

Netanyahu has condemned Washington’s decision to work with the unity government. But Kerry stressed that Washington did not recognize the new Palestinian government.

“Let me be very clear: the United States does not recognize a government with respect to Palestine, because that would recognize a state and there is no state,” Kerry said. “This is not an issue of recognition of a government.”

Israel froze U.S.-brokered peace talks with Abbas when the unity deal was announced on April 23 after numerous unsuccessful attempts at Palestinian reconciliation since Hamas seized the Gaza Strip from Fatah forces in fighting in 2007.

The United States views Hamas as a “terrorist” organization and the U.S. Congress has imposed restrictions on U.S. funding for Abbas’s Palestinian Authority, which typically runs at $500 million a year, in the event of a unity government.

Kerry said the U.S. law on assistance to the Palestinian Authority specifically states that the administration makes a judgment about “undue influence by Hamas in any way”.

“I’ve had several conversations with Prime Minister Netanyahu,” Kerry said, playing down reports of a rift with Israel. “We’re completely talking about this on a day-to-day basis. Israel is our friend, our strong ally.”