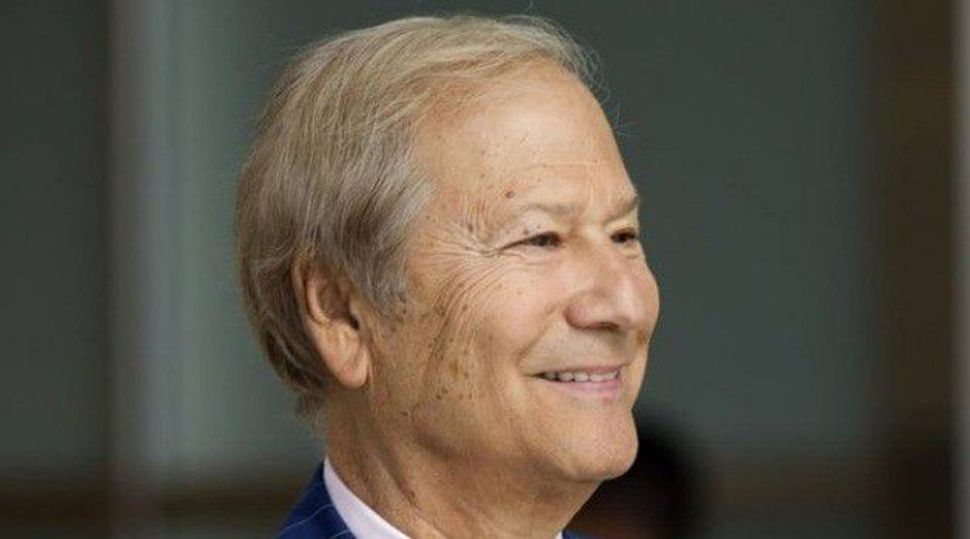 (Reuters) — A celebrity-studded crowd turned out on Wednesday to mourn Philadelphia Inquirer co-owner and philanthropist Lewis Katz, who was killed in a weekend plane crash.

“It bothered him that anybody with any dreams would be left out or left behind,” said Clinton of Katz, who came from lowly beginnings and was known for his acts of charity.

Booker remembered Katz as someone who liked to speak truth to power.

The mourners filled the Performing Arts Center at Temple University, where Katz was a trustee, to share stories of his life.

Katz, a native of Camden, New Jersey, began his career as a lawyer and went on to run companies involved in parking lots and outdoor advertising.

He became part owner of the New Jersey Nets professional basketball team and the New Jersey Devils hockey team, and he and a business partner recently won control of the Philadelphia Inquirer and Philadelphia Daily News, buying out their partners for $88 million.

Cosby praised Katz’s donations to the Boys and Girls Club in Camden, which is among the poorest cities in New Jersey.

“He gave the money because he is a child from poverty,” Cosby said.

Rabbi Aaron Krupnick said Katz used philanthropy to repay the chances others had taken on him.

“There are problems all around us that people don’t see, but Lewis did,” Krupnick said.

The cause of Saturday’s crash in Bedford, Massachusetts, about 20 miles (35 kms) northwest of Boston, remains under investigation by the National Transportation Safety Board.

Two other passengers, two pilots and a cabin attendant also died when the Gulfstream jet rolled off the runway at takeoff and down an embankment into a gully before catching fire.

“My father prepared me for everything in life except for this,” said Lewis Katz, his son, at the memorial.

The plane had been scheduled to fly to Atlantic City, New Jersey, after a party at the home of historian Doris Kearns Goodwin.