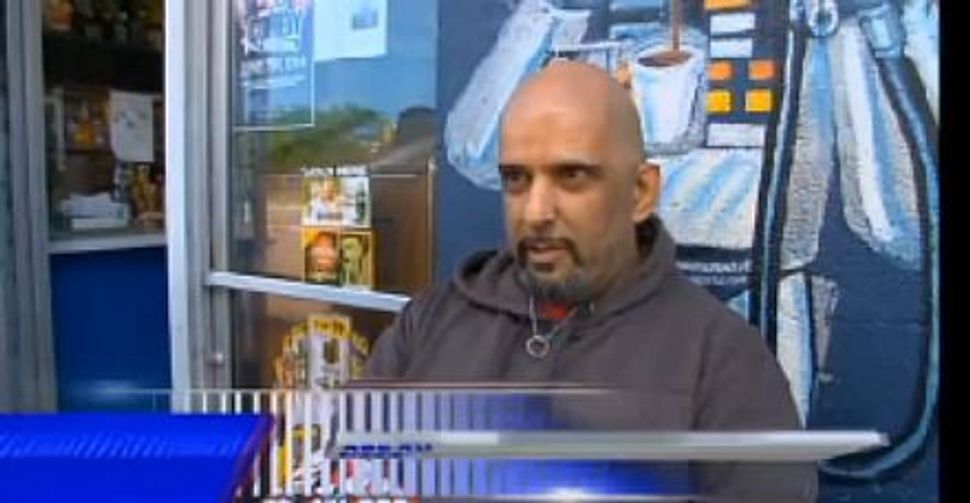 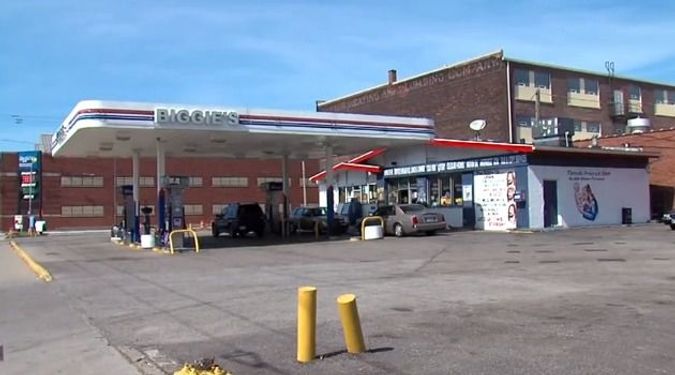 “This outrageous and deeply offensive anti-Semitic mural has no place in our city,” Davis said in a statement. “We need to stand firm against this kind of hatred.”

The mural appears on the side wall of Biggie’s Foodmart and gas station in Cleveland. Written above the graphic image of are the words: “Talmudic Priests in Church: Sex With Minors Permited [sic].”

It apparently depicts the metzitzah b’peh ritual, the controversial practice in which a mohel sucks the blood from an infant’s penis after circumcision. 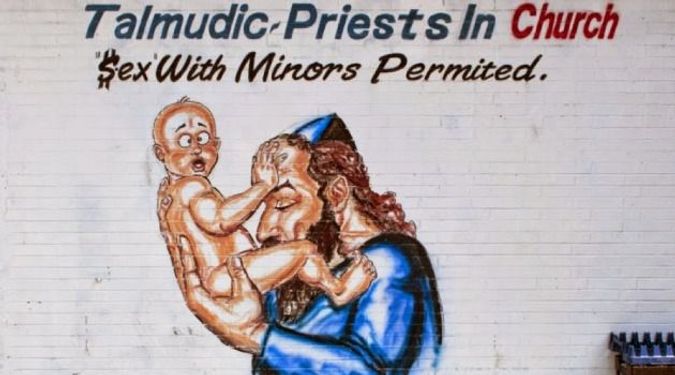 Local leadders have spoken out against the graphic, noting its potential impact on children. One of the graphics can be seen from the playground of George Washington Carver elementary school

Cleveland Mayor Frank Jackson denounced the mural in a statement: “There is no place in Cleveland for this inappropriate image and I am urging the owners of this establishment to remove it immediately.”

If the owners of Biggie’s do not paint over the mural, the Cleveland government plans to “explore all legal avenues,” news reports said.

On the adjacent wall to the circumcision mural is another similar image with the title “The Faces Of….Jesus.” The first line of the graphic reads: “To Jews he’s a bastard, who’s in hell.” Curiously, underneath the image’s third depiction of Jesus are the words “Palestinian Born,” in smaller letters.