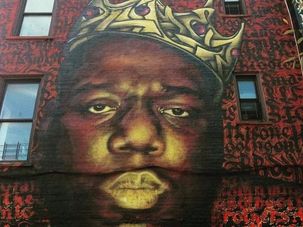 A famous mural of the rapper Notorious B.I.G. will stay in on iconic Bed-Stuy wall following a reversal by the building owner, Solomon Berkowitz. 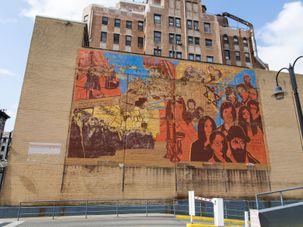 The real estate developers who painted over a historic Jewish Lower East Side mural now say they will commission a new one — though they don’t know where it will be painted, or when. And it won’t feature Jews. 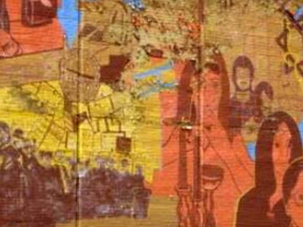 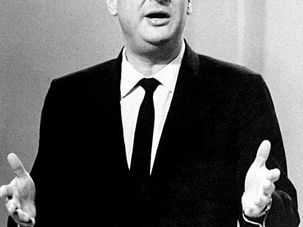 Rodney Dangerfield, who got “no respect” in life, got some in death on Tuesday, as a mural dedicated to the marquee comic was unveiled in his Kew Gardens, Queens hometown. Designed by Italian artist Francesca Robicci and appearing on the back-wall of an area movie-theater, the mural pictures the comedian, with rumpled suit and puckered mug, next to a write-out of his famous phrase, “I don’t get no respect.” 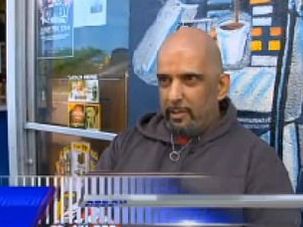 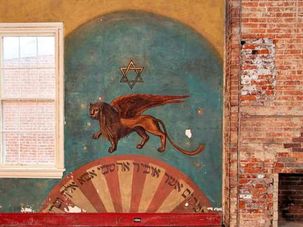 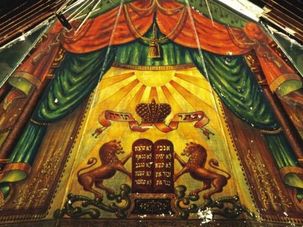 An old apartment building in Vermont seems like an odd place to find a rare Lithuanian synagogue mural. But treasures often turn up where you least expect them.