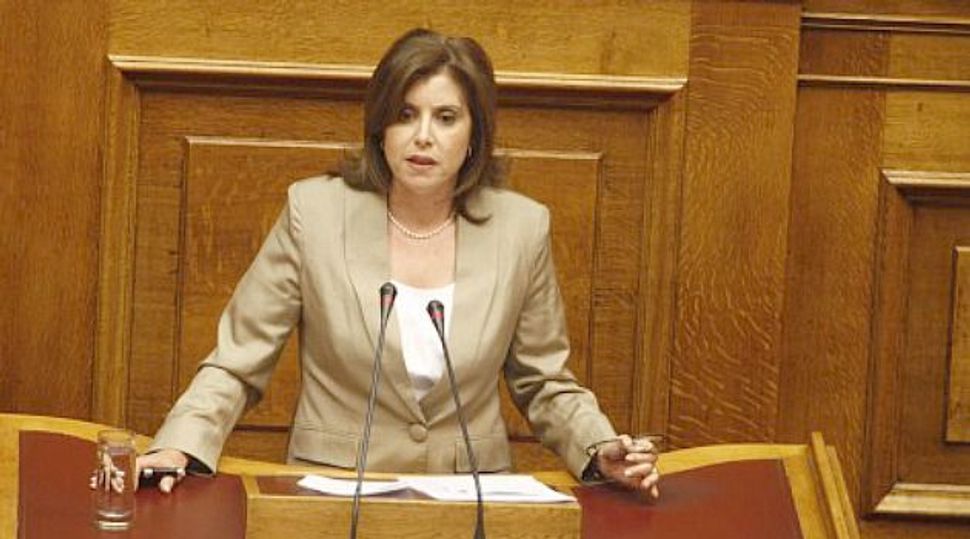 Greek lawmaker warned her colleagues that if the neo-Nazi Golden Dawn party comes to power it would send her and her family to the crematoria because of her Jewish ancestry.

Anna Asimakopoulou, the spokesperson for the ruling New Democracy party, made the comments last week during a stormy debate in Parliament on lifting immunity from several jailed Golden Dawn leaders.

During the debate held June 4, Christos Pappas, the deputy leader of Golden Dawn, turned to Asimakopoulou and pointed out that she had an American-Jewish mother.

Pappas said he raised the issue to illustrate that the fact she had been allowed to shop in his store, which proved that Golden Dawn were not anti-Semitic, but only anti-Zionist.

Asimakopoulou reacted angrily to the comments, asking what kind of lawmaker raises the ethnic and religious backgrounds of other parliamentarians.

“If this man were in power, not only would my mother, myself and my son not be allowed to enter his shop, but they would put us on trains and send us to concentration camps before sending us to the crematoria,” she said.

The Greek government has led a crackdown on Golden Dawn, in recent months jailing several of its leaders and accusing them of running a criminal organization.

But the effort has not diminished public support for the group, which has been blamed for dozens of violent attacks on immigrants in Greece.