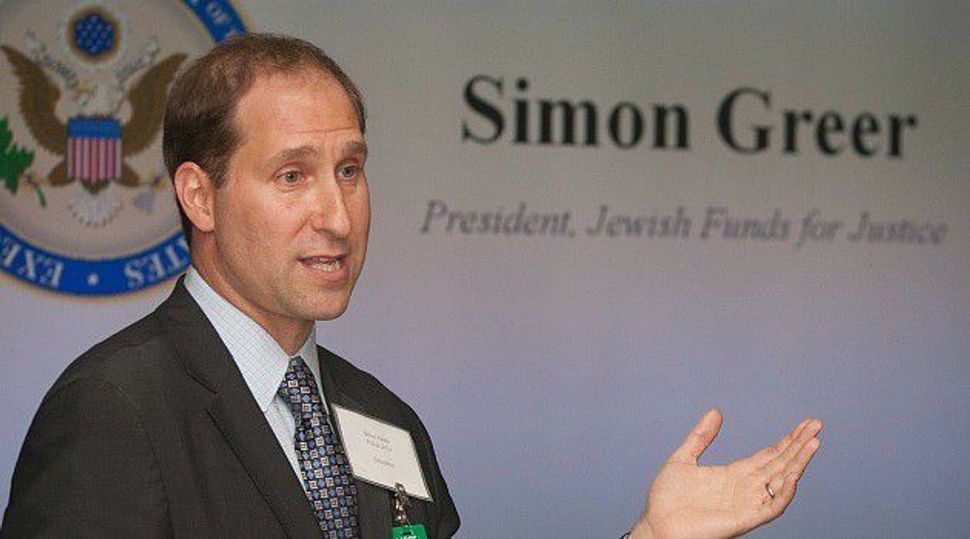 The Nathan Cummings Foundation has fired its leader Simon Greer, according to several sources in the Jewish organizational world.

A spokesman for the Cummings foundation, which still lists Greer as president and CEO on its website, did not deny the firing.

The foundation, which spends about $20 million per year, is the single biggest funder in the progressive Jewish nonprofit world.

Greer made major changes to the Cummings foundation since taking over in January 2012.

Under his leadership, the group wound down its program for Jewish life, which gave nearly $6 million annually to liberal Jewish causes.

Instead, Greer decided to focus solely on income inequality and climate change.

At the time, Greer emphasized that Jewish groups that tackled such causes would continue to receive Cummings funding.

Prior to The Cummings Foundation, Greer built up Jewish Fund for Justice into a major player in the social justice world. The group is now called Bend the Arc.