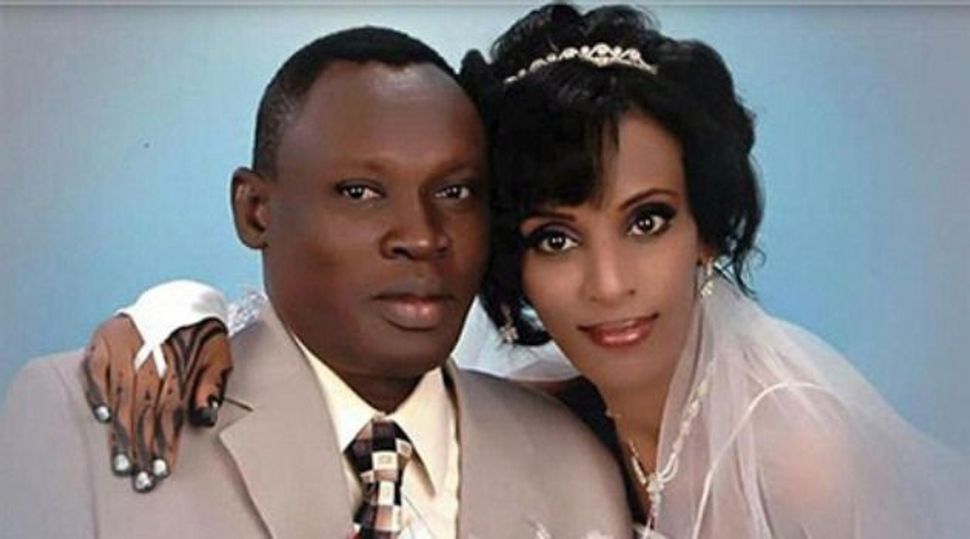 Meriam Ibrahim, right, has been sentenced to death for converting to Christianity from Islam.

A Reform Jewish leader joined an interfaith delegation in meeting with the Sudanese ambassador to protest the death sentence of a woman convicted of converting to Christianity.

A Sudanese court has sentenced to death Meriam Ibrahim for converting to Christianity, with the sentence to be carried out after she gives birth.

Ibrahim has said she was raised Christian and did not, as the court contends, convert from Islam when she married a Christian.

“This tragic case reminds us that too many around the world are not yet free to practice their religion in safety,” Saperstein said in a statement released Monday. “We urge that Meriam Ibrahim be released from her imprisonment, her sentences be commuted or overturned, and an effort be taken to expand religious freedom for all religious groups in Sudan.”

Khalid, the ambassador, said the sentencing was based on a 1991 law, which apparently is in conflict with religious freedoms guaranteed in the 2005 constitution.

According to the RAC statement, the ambassador said that he would welcome organizing a meeting between high-level U.S. religious leaders and Sudanese officials on a tour that would include a meeting with Ibrahim.

The meeting with the ambassador was organized by Finn Church Aid.