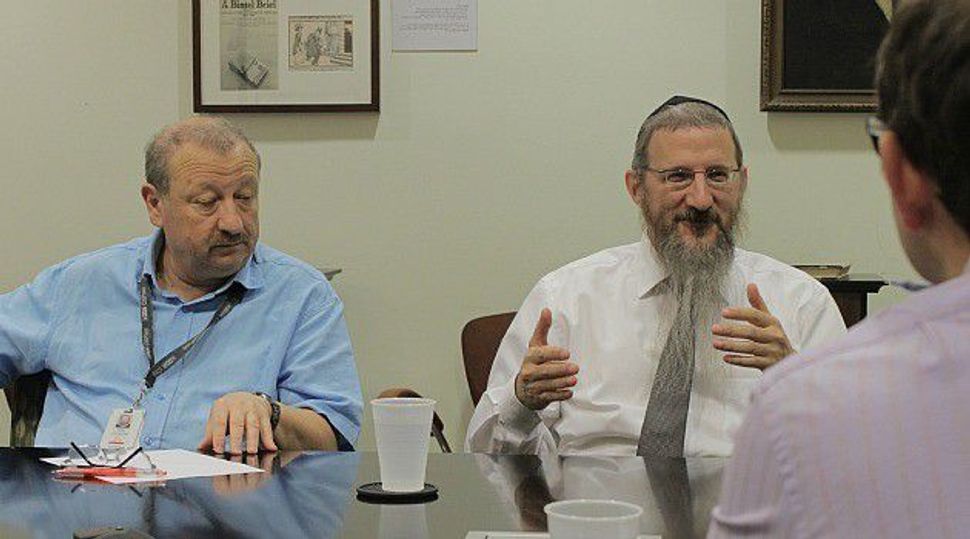 Russia’s education ministry has agreed to provide Jewish students an alternative date for a matriculation exam which took place on the Shavuot holiday.

The concession was announced last week in a letter addressed to Berel Lazar, a chief rabbi of Russia.

“Students and graduates unable to take the Unified State Exam for religious reasons may be tested on June 16,” read a letter that Russia’s Ministry of Education and Science sent last week to Lazar.

Boruch Gorin, a senior advisor to Lazar, chairman of Moscow’s Jewish museum and editor-in-chief of the Jewish L’Chaim paper, said that the ministry had agreed in the past not to schedule state exams on the summer holiday of Shavuot, which fell this year on June 3-5 “but they seem to have forgotten this year.”

Citing the Russian constitution, the ministry letter also said that the ministry “places an emphasis on the secular character of the state education as a matter of policy.”

The matriculation exam is a general test combining question on various subjects “and without it, graduates cannot get accepted to universities so it’s fairly crucial.”

Observant Jews are not allowed under Orthodox Jewish religious laws to work on Shabbat and on important Jewish holidays, including Shavuot.

Russia has a Jewish population of approximately 360,000 Jews, most of whom are not observant.