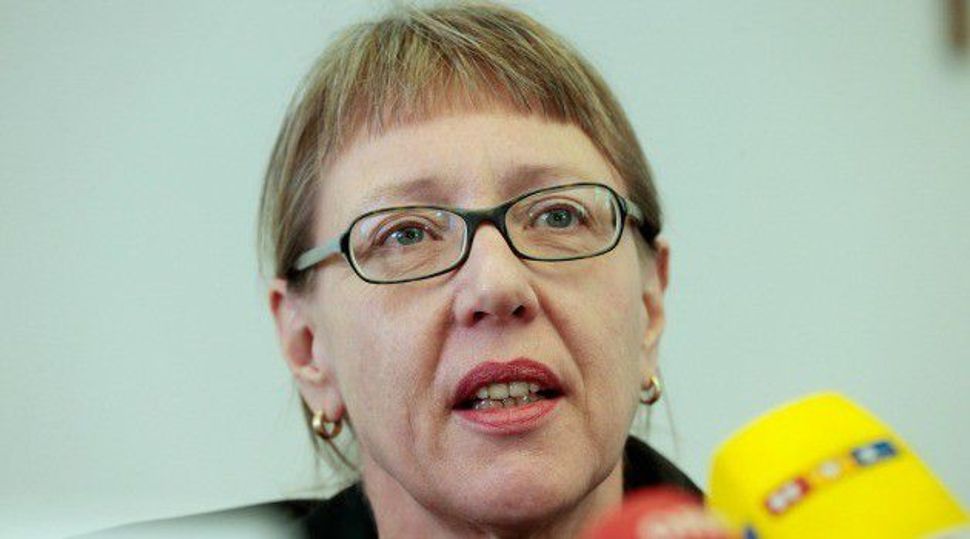 Germany and Israel agreed to cooperate on finding the heirs to art that was stolen or looted from Jews during the Nazi era.

German Minister of Culture Monika Grutters and her Israeli counterpart, Limor Livnat, signed an agreement on Sunday in Jerusalem on the terms of their cooperation aimed at correcting decades of injustice, the German news agency dpa reported.

Through the sharing of databases and training of experts, German and Israeli authorities will work together in search of the provenance of works whose fate during the Third Reich remains unclear.

The agreement is an outgrowth of revelations of a controversial collection of more than 1,000 works confiscated from the Munich apartment of Cornelius Gurlitt in 2012. Under pressure from international organizations representing survivors and their heirs, Germany established a task force of experts to research the provenance of hundreds of works, including some by Picasso, Matisse, Beckmann and others. The task force includes German, Israeli and U.S. experts.

Gurlitt died in April at 81, leaving the entire collection to the Art Museum Bern Foundation, Switzerland. It is unclear whether the museum will accept the gift, which includes the duty to continue the provenance research.

Earlier this year, Ronald Lauder, head of the World Jewish Congress, decried the slow pace of research and restitution to the heirs of Jewish collectors, many of whom had works stolen or confiscated, or were forced to sell them at low prices before attempting to flee Nazi Germany.

In 1998, 44 countries — including Germany — signed the Washington Declaration committing themselves to seeking long-lost artwork that ended up in museums and other public collections. But the pace has been painfully slow, some say, because museum directors are reluctant to spend money and personnel on research that could lead to the loss of works from their collections.