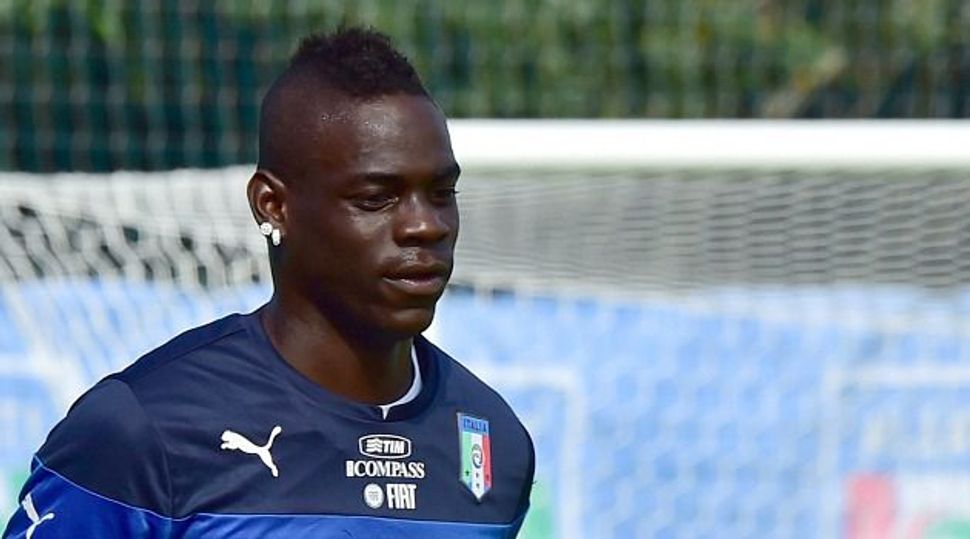 Italy soccer star Mario Balotelli may have put the kiss of death on England with his winning goal at their World Cup opener, but now he wants royal recompense if he becomes their savior.

England’s second loss in Group D, to Uruguay on Thursday, left them on the brink of elimination.

But there is a glimmer of hope for Roy Hodgson’s men if Italy beat Costa Rica on Friday.

If Italy were to then defeat Uruguay, and England were to also beat Costa Rica, in the final group games on Tuesday, Wayne Rooney and co may slip through on goal difference.

“If we beat Costa Rica I want a kiss, obviously on the cheek, from the UK Queen,” the ever-cheeky Balotelli, 23, Tweeted after England’s defeat in Sao Paulo.

Well known to the English from his days – and antics – at Manchester City, it was Balotelli’s cool header that gave Italy a 2-1 win over them in Manaus.

While Princes William and Harry are known football-lovers and would no doubt love to meet the maverick Italian, Queen Elizabeth is more passionate about horse-racing and may not be over-enthused at the prospect of giving him a peck.