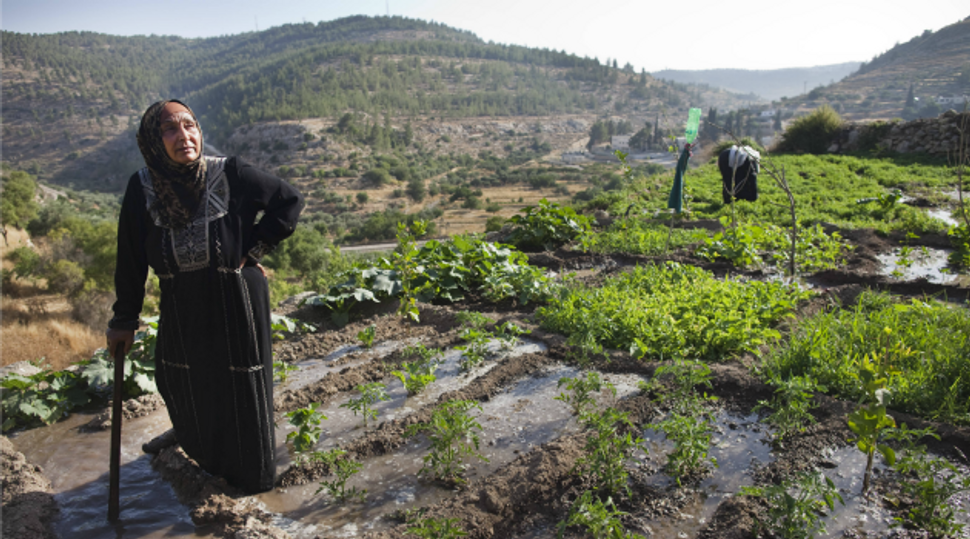 Deep Roots: A Palestinian farmer irrigates her land in the West Bank village of Battir. Image by Getty Images

UNESCO’s World Heritage Committee on Friday approved the West Bank village, about six miles west of Jerusalem, for inclusion on the lists.

Battir is known for its ancient stone farming terraces and an irrigation system established in Roman times that remains in use.

It was put on the danger list due to the start of construction of Israel’s security fence. According to the committee, Battir was added “after finding that the landscape had become vulnerable under the impact of socio-cultural and geo-political transformations that could bring irreversible damage to its authenticity and integrity, citing the start of construction of a separation wall that may isolate farmers from fields they have cultivated for centuries.”

Battir is the second World Heritage site registered as being in Palestine, which was accepted as a member site by the United Nations Educational, Scientific and Cultural Organization 2011. The first was the Church of the Nativity in Bethlehem.