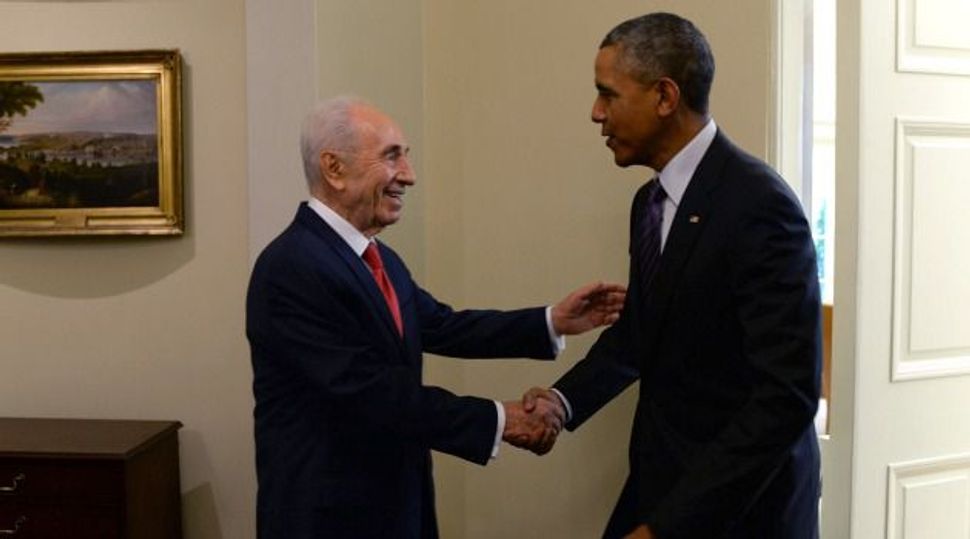 “They expressed their deep concern and reiterated our support for efforts to find the teens,” National Security Council spokeswoman Bernadette Meehan said of her boss, National Security Adviser Susan Rice, and Obama after the White House meeting.

In addition to Peres and Rice, also attending the meeting were the ambassadors of both countries and Ben Rhodes, a deputy national security adviser.

Jewish leaders peppered the president with questions about nuclear talks in Iran and the deteriorating situation in Iraq, where a terrorist army is making gains against the government.

Jewish organizations represented included leaders of the Reform, Orthodox and Conservative movements, as well as the Jewish Council for Public Affairs, the Conference of Presidents of Major American Jewish Organizations, the American Israel Public Affairs Committee, J Street, the Israel Policy Forum, the National Council of Jewish Women and the Center for Middle East Peace.

Separately, Peres told Israeli reporters that he and Obama discussed the new pro-Western government in Egypt established in the wake of a military coup, as well as the situation in Iraq and the prospect of a nuclear deal with Iran. He reiterated his support for Palestinian Authority President Mahmoud Abbas — an area where he has frequently differed with Netanyahu, who is skeptical about Abbas’ capacity to make a deal.

Peres also raised Israel’s longstanding appeal for the release of Jonathan Pollard, the spy for Israel sentenced to life in 1987.

Peres, 90, who is stepping down next month, is in Washington to receive the Congressional Gold Medal on Thursday.