Presbyterians: ‘Committed More Than Ever’ To Relationship With Jews 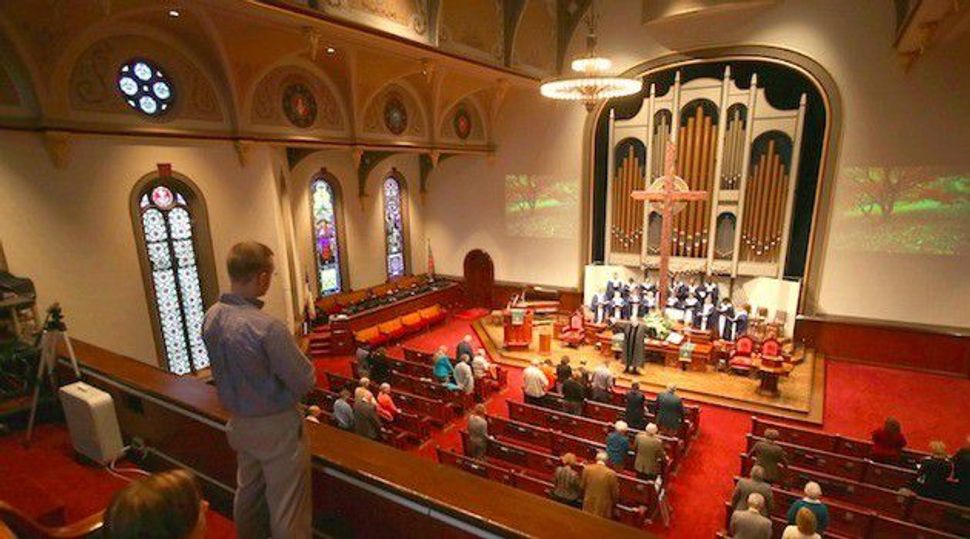 “We believe that being in relationship with the American Jewish communities in authentic ways are central to our Christian values and our shared religious history,” leaders of the church said in an open letter published on its website on Thursday.

“We recognize the hurt that these decisions have caused,” the letter said. “We ask that you remain open to us as we participate with you in all our shared spheres of interfaith relationship: our houses of worship, our shared neighborhoods, our workplaces, and even our interfaith families.”

A number of Jewish groups said the divestment vote last week was informed by the broader movement to boycott, divest from and sanction Israel, and would precipitate a split with the Presbyterians, at least on the national level.

The letter emphasized that the divestment was from the three companies, Caterpillar, Motorola Solutions and Hewlett Packard, and not from Israel.

“Of central importance in our deliberations was our continued concern for Palestinians and Israelis to live in peace,” it said.

“How selective divestment may affect the many significant Jewish and Christian relationships at the congregational and national level was also part of the discussion.”

Presbyterians: ‘Committed More Than Ever’ To Relationship With Jews