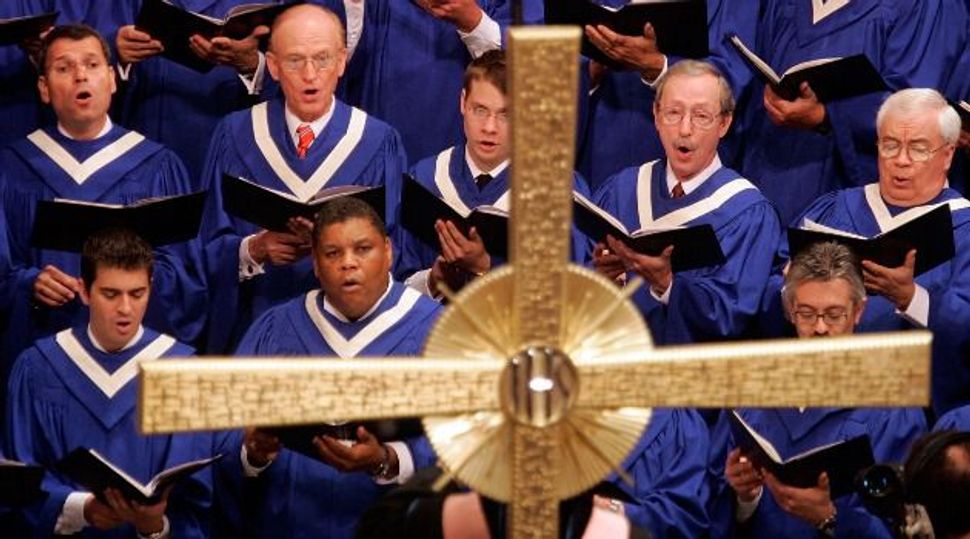 The move comes a week after the church voted to divest from three companies that do business with Israel’s security sector in the West Bank.

“Effective immediately, the publication ‘Zionism Unsettled’ will no longer be sold on the Presbyterian Church (U.S.A.) website,” the church said Friday in an online statement. “Last week in Detroit, the 221st General Assembly passed a resolution declaring that the booklet ‘Zionism Unsettled’ ‘does not represent the views of the Presbyterian Church (U.S.A.).’ ”

The study guide, published in January by the Israel/Palestine Mission Network, a church committee, outraged many Jewish groups by claiming that Zionism is triumphalist and suggesting that it is not an authentic Jewish theology.

Following the divestment vote at the General Assembly, Jewish leaders said that the combination of the booklet’s sale and the divestment would precipitate a rupture in Jewish-Presbyterian relations.

Presbyterian leaders have been at pains in recent months to distance themselves from the booklet, although they never made clear why the process of removing it for sale was so involved.

The statement Friday said that the Israel/Palestine Mission Network may continue to sell the booklet and a companion DVD study guide through other avenues. It also explained the removal as a matter of addressing a distraction but did not address the materials in the study guide that Jewish groups found offensive.

“We need to keep our focus on supporting and communicating the decisions of the General Assembly,” it quoted the Rev. Gradye Parsons, the church’s stated clerk, a leading clergy member, as saying. “And responding to a recent increase in feedback about the book is impacting our ability to do that.”

Church leaders also went to great lengths to underscore that the disinvestment did not mean the church was opposed to business with Israel and explicitly distanced themselves from the boycott, divestment and sanctions movement against Israel.

“We support the decision of the General Assembly regarding divestment in its effort for peacemaking in Israel-Palestine, and are hearing from those within the denomination who support it,” Linda Valentine, the executive director of the Presbyterian Mission Agency, said in the statement. “We are also hearing from church leaders expressing pain and frustration over the divestment decision and its impact on interfaith relations.”