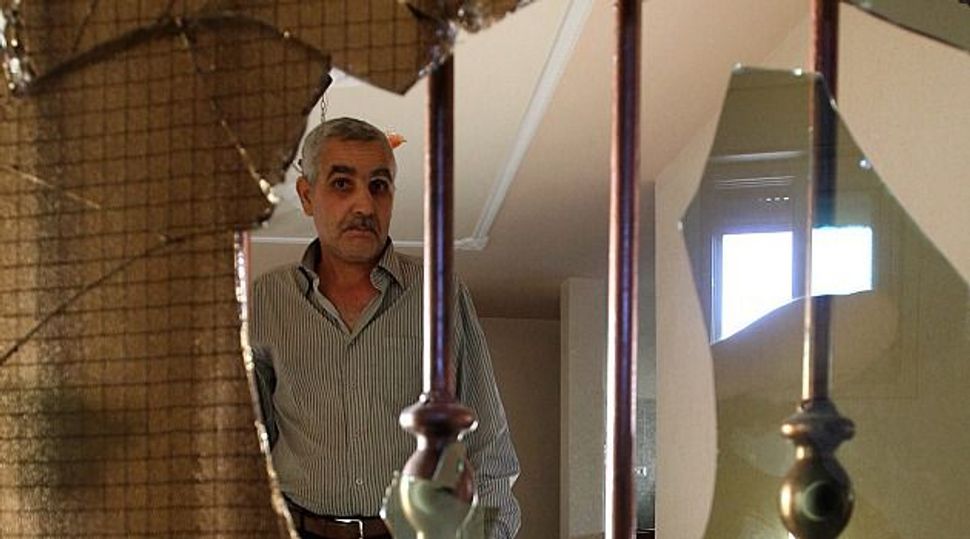 Wednesday’s release of the full audio, which is 2 minutes, 9 seconds, comes a day after the first 49 seconds were released.

In the full tape, the kidnappers are heard singing in Arabic and cheering, as well as calling out “three!”

In the earlier recording, the teen who placed the call — believed to be Gilad Shaar — says he has been kidnapped. The kidnappers are heard yelling at the teens prior to sounds believed to be gunfire.

Blood and bullet casings reportedly were found in the burnt-out car that is believed to have been used to abduct the teens on June 12. Their bodies were found Monday night in a West Bank field near Hebron.

Gilad’s mother told Ynet on Wednesday that the recording was not released until after the bodies of her son, Naftali Fraenkel and Eyal Yifrach were found out of fear that they would punish him if he were being held captive. The full recording can be heard on Ynet as part of the interview with Bat-Galim Shaar.

Police told the families that the gunshots heard in the recording could be blanks or that the guns were fired out the window, since casings were found outside of the burned-out car, she said.

“We had real hope that they were alive,” Shaar told Ynet.

The call was transferred to the operator’s supervisor, who also tried to speak to the caller. The supervisor reportedly called back eight times, first receiving no answer then being transferred to voice mail.

The supervisor did not report the call, believing it to be a prank. Several senior officers were demoted Monday after the release of an investigation that found “severe failure of conduct” in the handling of the call.