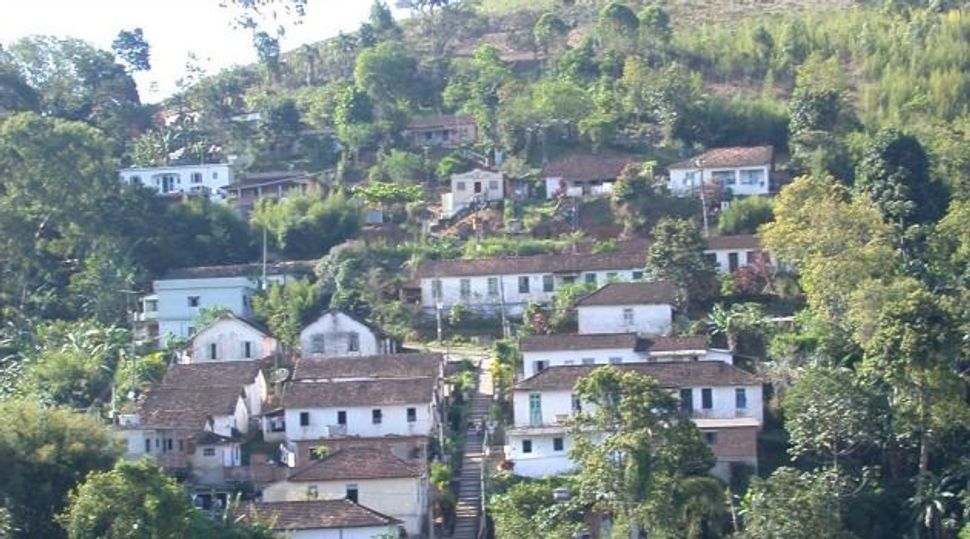 Leap of Faith: A Jewish boy in the Brazil town of Engenheiro Paulo de Frontin was forced to say the Lord’s prayer at his public school. Image by wikipedia

A Brazilian man accused a teacher of forcing the man’s Jewish son to recite a Christian prayer at a public school.

The incident is said to have happened last month at the Ciep Cecilio Barbosa da Paixao school in the Brazilian state of Rio de Janeiro, according to a report earlier this week by the Brazilian daily O Globo.

According to the boy’s father, the 9th-grade boy was instructed by a teacher to say the Lord’s Prayer during a group prayer on June 5 at the school, which is located at the city of Engenheiro Paulo de Frontin north of the city of Rio de Janeiro.

“He left the group and the other students looked at him critically,” the father is quoted as saying. “The inspector called him to return and told him that the Lord’s Prayer is a universal prayer even though he told her it was a Christian prayer which does not correspond to his faith.”

The boy told his father of the incident last month, vowing not to return to school, said the father, who added that he had filed a police complaint against the school’s management.

A spokesperson for the school denied that the boy had been forced to pray and said the payer was “a voluntary action by a group of students and faculty.”

The boy’s father filed the complaint based on the Brazilian constitution, which grants freedom of worship to all.

The case prompted Jayme Salim Salomao, president of the Jewish Federation of Rio de Janeiro, to demand explanations from the school and from the state secretary of education.