VIDEO: American Cousin of ‘Revenge’ Victim Speaks Out After Beating 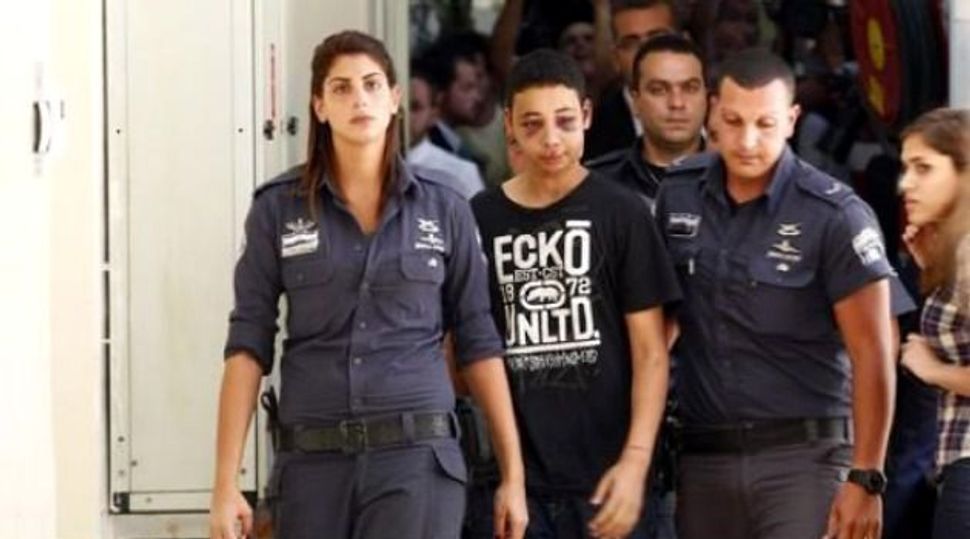 “They hit me — and they kept hitting me,” said 15-year-old Palestinian American Tariq Abu Khdeir of Israeli police, who beat him during a protest at the home of his slain cousin Mohammed Abu Khdeir.

Tariq Abu Khdeir spoke about his experience in a video published by Addameer after he was released from Israeli custody on Sunday afternoon. He said that he was a mere bystander and not a participant in the July 3 protest, despite various reports in the Israeli media claiming that he resisted arrest, attacked policemen and carried a slingshot or a knife.

“I was standing and watching the group of people,” he said. “They came from the side of me and grabbed me.”

He lost consciousness and woke up in Hadassah Hospital in Jerusalem, where he was held under police guard. Asked if he was treated well while in Israeli custody after the beating, he said yes.

Tariq Abu Khdeir, a high school sophomore from Tampa, Fla. who was visiting his Palestinian relatives in the Shuafat neighborhood of Jerusalem for the first time in over a decade, has not been charged with a crime. An Israeli judge released him from jail and placed him under house arrest. His lawyer said he would be restricted to a relative’s home for nine days.

VIDEO: American Cousin of ‘Revenge’ Victim Speaks Out After Beating