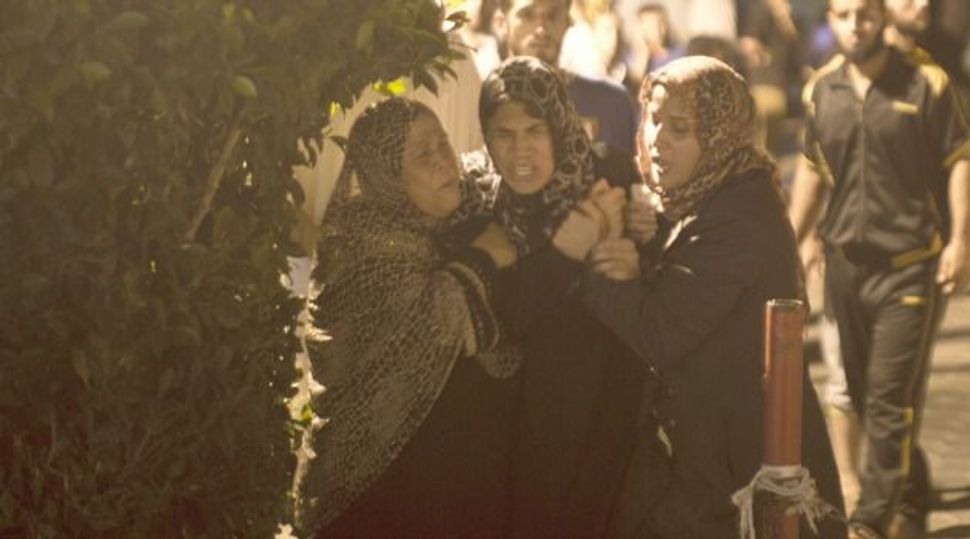 Hamas said the strikes were launched at a gathering point for its members in Gaza’s southern-most town of Rafah, at the Egyptian border.

The attacks followed a surge in rocket strikes at Israel from Gaza, where Hamas is the dominant force. The Israeli military said these attacks have topped 150 since mid-June, including about 20 rockets striking Israel on Sunday alone.

Prime Minister Benjamin Netanyahu pledged to his cabinet on Sunday “to do whatever is necessary” to restore quiet to southern Israeli communities.

Netanyahu also cautioned against any rush toward wider confrontation with the group, whose arsenal includes long-range rockets that can reach Israel’s heartland and its business capital, Tel Aviv.

But far-right members of Netanyahu’s cabinet have pushed for a stronger response to the rocket fire that has disrupted life for many Israelis living in the southern region where air raid sirens send them running for shelter.

Tensions have also spiked over the kidnap and slayings of three Israeli teens, attacks Israel has blamed on Hamas. The teens’ bodies were found last month near the West Bank city of Hebron, a Hamas stronghold.

Hamas has not claimed responsibility for these killings.

Monday’s fatalities were the single largest toll for Hamas since Israel’s “Pillar of Defense” campaign in late 2012 launched to halt rocket fire at its towns. In that eight-day war, some 180 Palestinians and six Israelis were killed. (