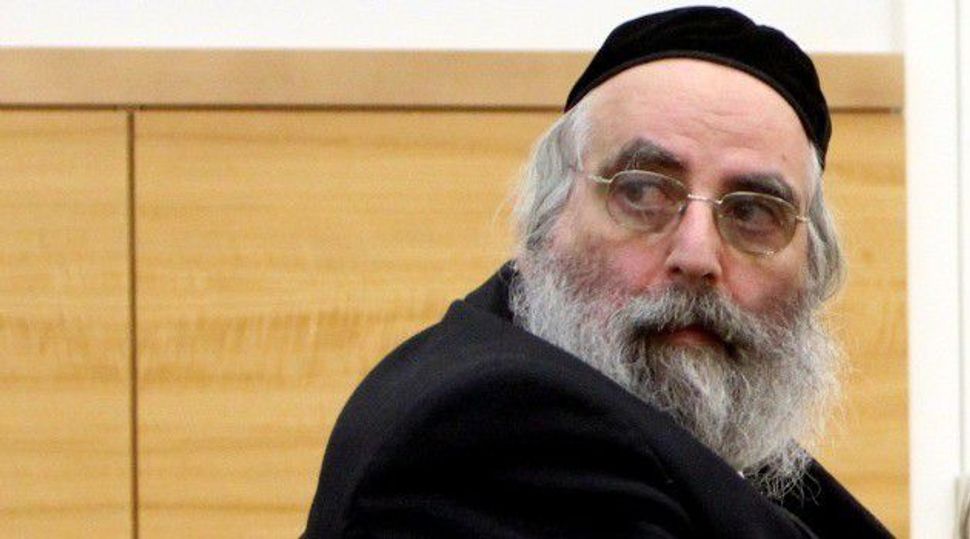 Baruch Lebovits, a Brooklyn rabbi convicted of sex abuse in 2010 only to have the conviction overturned on appeal, was sentenced to two years in prison as part of a plea deal.

The deal was approved Wednesday. Lebovits is expected to serve less than a year of additional jail time because he will receive credit for the 13 months he spent in prison for his initial conviction on charges of molesting a boy, according to The New York Times. That conviction on eight counts of child molestation, which carried a 10-year prison sentence, was overturned due to a procedural snafu. Lebovits was then released from prison.

The case was part of ex-district attorney Charles Hynes’ controversial drive to address sex abuse in the haredi Orthodox community.

It riveted Brooklyn’s haredi Orthodox community in part because Lebovits also was accused of molesting the teenage son of Sam Kellner, a fellow haredi who helped prosecutors build a case against Lebovits. In a twist, prosecutors later charged Kellner for bribing a third person to testify against Lebovits — an accusation Kellner said was a lie concocted by Lebovits supporters. In March, the district attorney’s office dropped the charges against Kellner.

This week, Kellner denounced the plea deal as insufficient punishment, saying it sent a dangerous message to child molesters.

“What is the thing that we’re going to tell them?” Kellner said, according to the Times. “Go to the police and, what — how do we safeguard these kids?”

When Lebovits’ original conviction was voided in 2012, the court said that while there was enough evidence to prove his guilt, Lebovits was deprived of the right to a fair trial because prosecutors did not hand over until the middle of the trial a detective’s notes about one of the witnesses that the defense was expected to call.