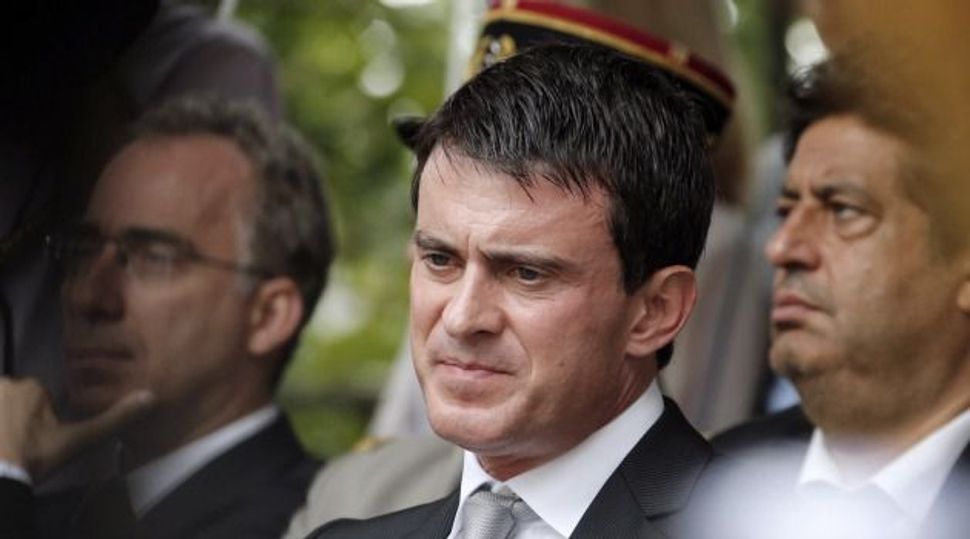 French Prime Minister Manuel Valls called the fight against anti-Semitism a “national cause.”

Speaking at a ceremony to commemorate the victims of the Vel’ d’Hiv roundup of Jews ahead of their deportation from Paris in 1944 to Nazi death camps, Valls condemned recent anti-Semitic incidents and violence that occurred during protests in France against Israel.

“What happened yesterday in Paris, these unacceptable disruptions, justify even more forcefully the decision that the interior minister courageously took to forbid the demonstration,” Valls said in reference to clashes Sunday between anti-Israeli protesters and police, in which 15 officers were lightly injured and 38 protesters were arrested. “France will not allow provocateurs to nourish conflicts between its communities.”

The ban was imposed last week after anti-Israel protesters besieged a Paris synagogue, where they confronted young Jews until police arrived at the scene. Several attacks against synagogues occurred in France since Israel launched its operation against Hamas in Gaza on July 12.

“Traditional anti-Semitism, this old disease of Europe,” Valls said, “is joined by a new anti-Semitism that cannot be denied or concealed, that we must face. It happens on the social networks and in workers’ neighborhoods, among ignorant young men who hide their hatred of Jews behind a façade of anti-Zionism or hatred of the State of Israel.”

Since 1977, French prime ministers have designated one cause each year to receive free publicity on state media. This year, the prime minister’s office designated the fight against illiteracy as the national cause.