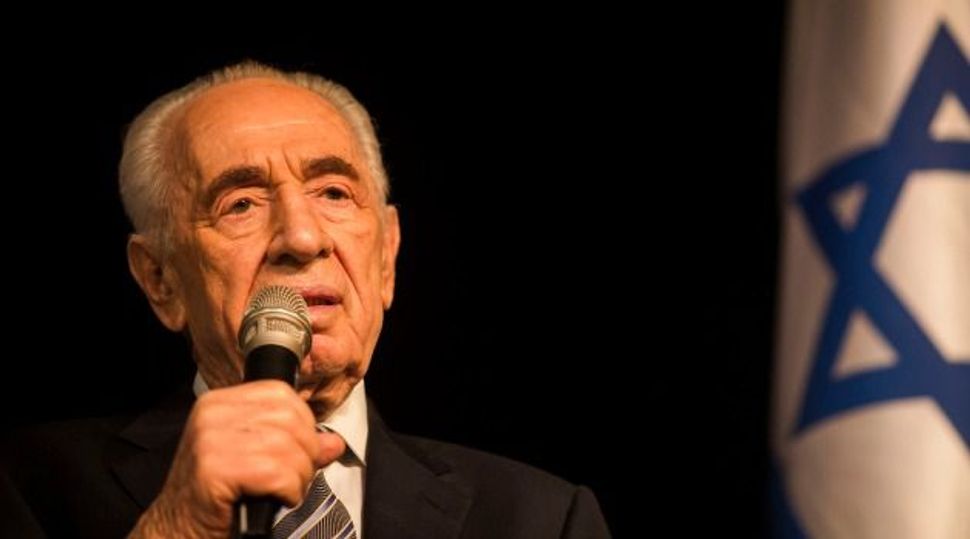 The inauguration ceremony at Israel’s Knesset Thursday evening was low-key owing to Israel’s ongoing war in Gaza. Knesset Speaker Yuli Edelstein opened the ceremony with a prayer for Israel Defense Forces soldiers, and mayors from Israel’s embattled south were among the ceremony’s guests.

In his farewell address following six decades in which he served in a range of positions, including as Israel’s prime minister and president, Peres, 91, recounted highlights of Jewish history and Israel’s establishment.

He gave a strident defense of Israel’s current ground invasion of Gaza, which has faced international criticism due to a high number of civilian deaths.

“I did not imagine that in the last days of my presidency I would be called upon, once more, to comfort bereaved families,” Peres said. “Terror has no answers and does not draw the right conclusions. Israel will be victorious over terrorism because we search for peace and we are just in defense of our home.”

Peres also spoke of his desire for peace, and called on Israelis to be optimistic for a better future in the Middle East. He praised the 2002 Arab Peace Initiative, a plan for Israeli-Palestinian peace which was advanced by Saudi Arabia but has not received a response from successive Israeli governments.

“Even when peace seems to elude us, our reach is determined enough to grasp it,” he said. “We have witnessed it in the past. I remember when experts used to say that Egypt will never sign a peace treaty with us. That Jordan will never agree to peace with Israel before Syria does so. That there will never rise a camp against terror among the Palestinians.”

Following Peres’ address, Rivlin was sworn in as Israel’s tenth president, a largely ceremonial role, to calls of “Long live the president of Israel!” He will serve a seven-year term.

Similar to his speeches ahead of his election, Rivlin focused his inaugural address on internal tensions in Israel, stressing the importance of Israeli democracy.

Rivlin, 74, a former Likud Knesset member and speaker of the Knesset, is known as an advocate for Arab Israelis and minority rights. He said Thursday that Israel should strive to be “a society where all its members, Haredi and secular Jews, Arabs and Jews, veteran citizens and new immigrants, all bear responsibility for building the country, and take an equal share in designing its character and its future.”

“The strength of our social fabric is not a law of nature,” he continued. “Even during this difficult time, we must not close our eyes to extremism and to violence that have raised their ugly heads amongst us.