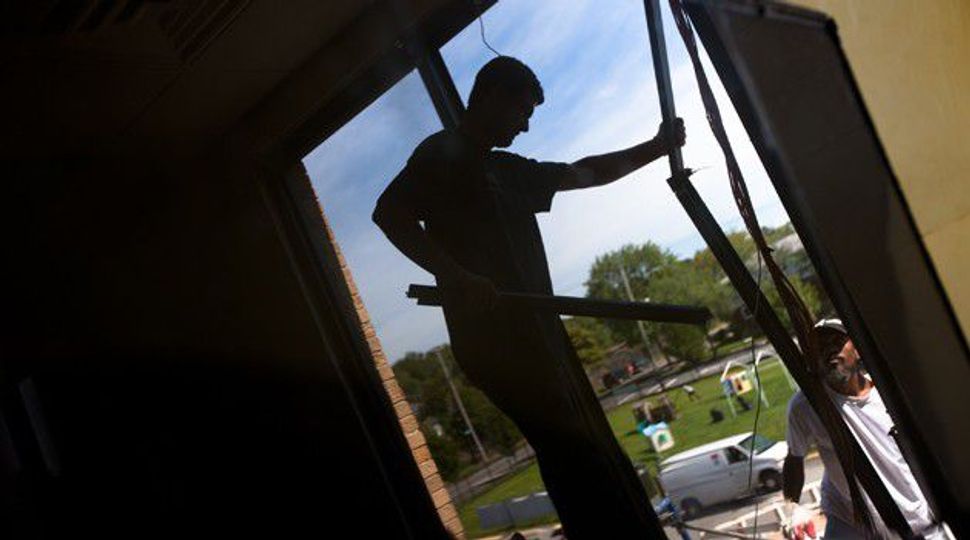 Security at a Cost: Congregation B’nai Israel of Staten Island installs new windows, paid for by a federal grant. Image by claudio papapietro

The Jewish Federations of North America’s Washington office director, William Daroff, said Tuesday that the allocation made sense particularly in light of an intensification of threats on Jewish community targets in the United States and overseas.

“We see it clearly in Europe, but we also see it here in the United States in Kansas City, in Seattle and numerous occasions that are not made public or do not come to fruition,” Daroff said. He referred to attacks in recent years on Jewish community centers in Kansas City and Seattle.

The allocations, announced July 25, are based on applications that are then assessed for threat by local and federal law enforcement officials.

The $13 million disbursed last week brings to $151 million the amount disbursed since the program started in 2005, most of it to Jewish institutions.

Leading the lobbying for the program have been the Jewish Federations of North America, the Orthodox Union and Agudath Israel of America.