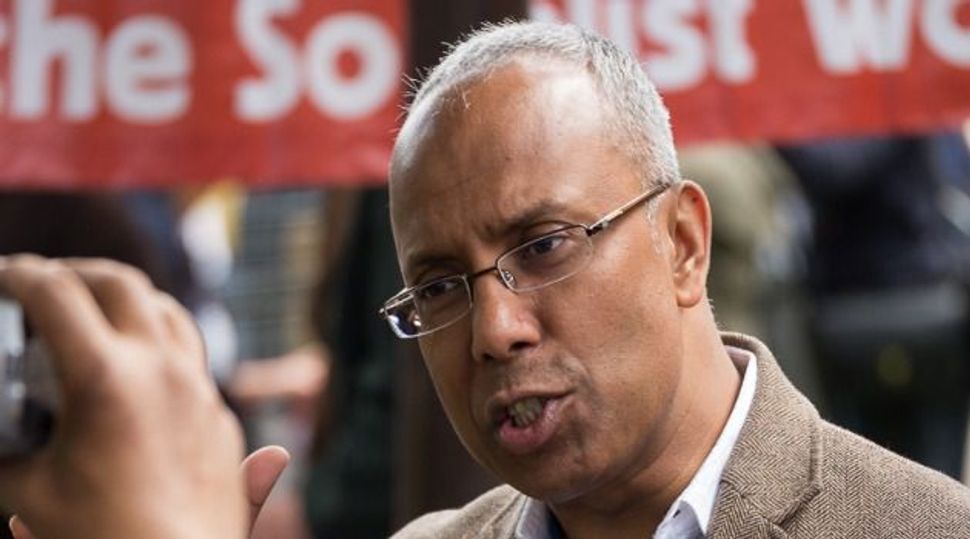 The Muslim mayor of a London borough drew criticism when he displayed a Palestinian flag at town hall to express solidarity with Palestinians during the Israel-Hamas conflict in the Gaza Strip.

Lutfur Rahman of Tower Hamlets, one of 32 boroughs in London’s east, had the flag displayed “in solidarity with Gaza and in support of a ceasefire and peace” on Wednesday, he wrote in a Twitter post that had attached to it a photo of the flag.

British Jewish leaders condemned the move as “destructive” for community relations and local residents said the council should concentrate on potholes and garbage collection instead of international conflicts, the Daily Mail of London reported.

“It is totally inappropriate,” Jonathan Arkush of the Board of Deputies of British Jews told the daily. “It is also destructive of relations between the communities that make up our capital city.”

“This is an administration that cannot even organize their own election count, let alone intervene on foreign affairs in the Middle East,” he told MailOnline.

Rahman is soon to face trial over claims he committed widespread voting fraud in his May reelection. He denies the charges. He was a member of the Tower Hamlets Labour Party when he became the borough’s first directly elected mayor in 2010.

Labour expelled Rahman after allegations surfaced about his close links with an extremist group, the Islamic Forum of Europe.