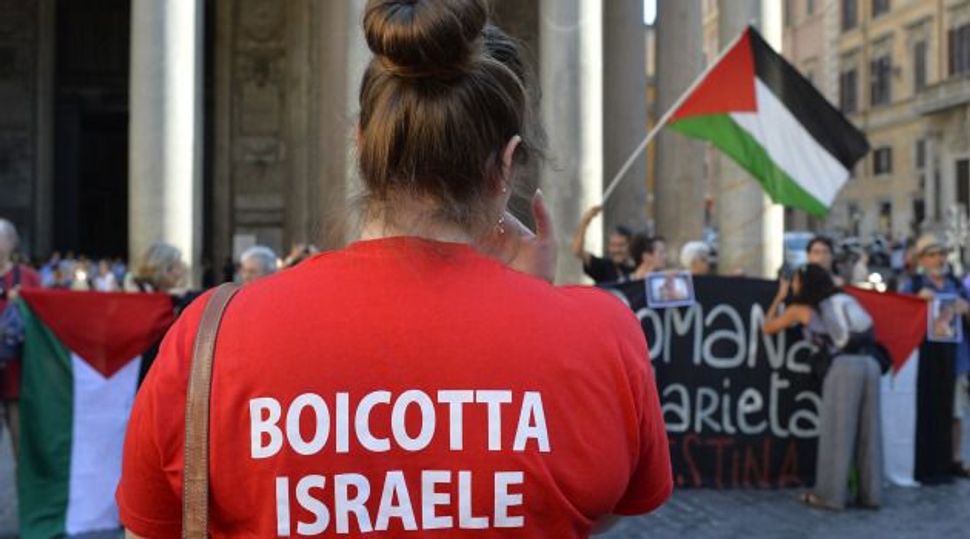 Roman Anger: Protesters rally against the war in Gaza in Rome. Image by getty images

(Religion News Service) — Italy has moved to expel a Moroccan imam who was caught on video inciting violence against Jews during Israel’s military offensive in Gaza.

Interior Minister Angelino Alfano said he had ordered the imam, Raoudi Aldelbar, to be expelled “for seriously disturbing the peace, endangering national security and religious discrimination.”

The imam was filmed during a Friday sermon in a mosque near Venice last month calling for Jews to be killed “one by one,” according to the Washington-based Middle East Media Research Institute, which published the video on its website.

“Oh Allah, count them one by one and kill them all,” the imam allegedly preached during the service at the mosque in the northern city of San Dona di Piave.

After the video was aired in Italy by the center-right daily, Libero, Alfano said: “Uttering anti-Semitic sermons that explicitly incite violence and sectarian hatred is unacceptable. May my decision in this case be a warning to all those who think you can preach hatred in Italy.”

The government’s decision drew widespread support across the political spectrum and from the Muslim community in the Veneto region, where the imam is based.

“Islam is a religion of peace. Those who preach death must not be allowed inside the mosques,” said Bouchaib Tanji, president of the Veneto Islamic Federation and of the Assalam (Peace) association. “Even worse is that he calls on God to exterminate an entire population.”

But politicians from the anti-immigrant Northern League issued a statement calling for greater controls on mosques, saying they were “dangerous places” that pose a “serious problem to security and public order.”

“The government must wake up and take action before it is too late,” said the statement from Massimiliano Fedriga, a party leader in the lower house of parliament with other members of his party.

Anti-Semitic graffiti was scrawled across walls in several areas of Rome last month in protest at Israel’s military action in Gaza.