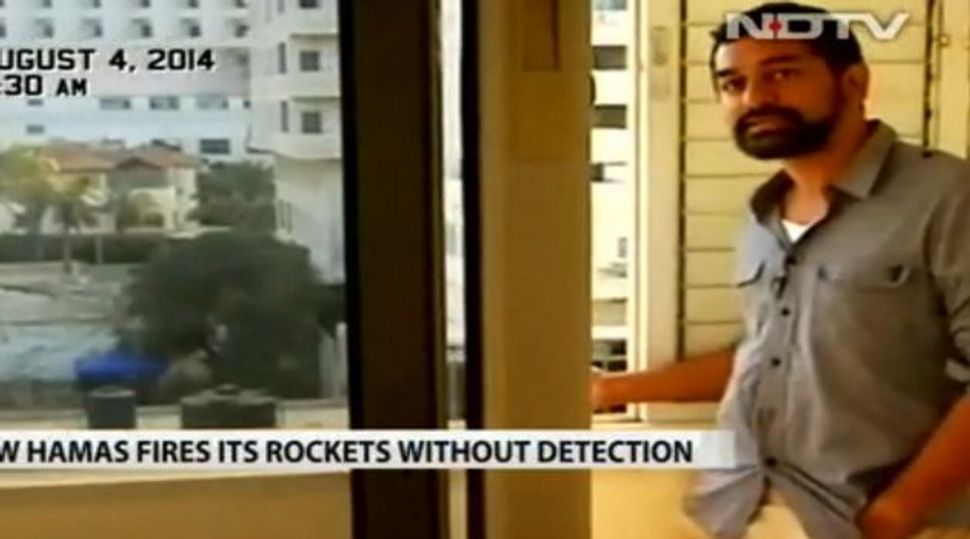 The French TV station, France 24, showed a rocket launching pad located about 100 yards from a United Nations building flying the blue U.N. flag. A hotel housing journalists covering the Gaza conflict was located about 50 yards from the launching pad, according to correspondent Gallagher Fenwick, reporting from Gaza City.

The video was released Tuesday.

“This type of setup is at the heart of the debate,” Gallagher reported. “The Israeli army has repeatedly accused the Palestinian militants of shooting from within densely populated civilian areas and that is precisely the type of setup we have here.”

Fenwick and members of his crew were forced to take cover when reporting from the site last week when a rocket was unexpectedly launched.

The report on India’s NDTV also shows a Palestinian rocket crew using a tent as cover to set up a rocket launch from a dense urban area, then launching the rocket. The footage was recorded on Monday.