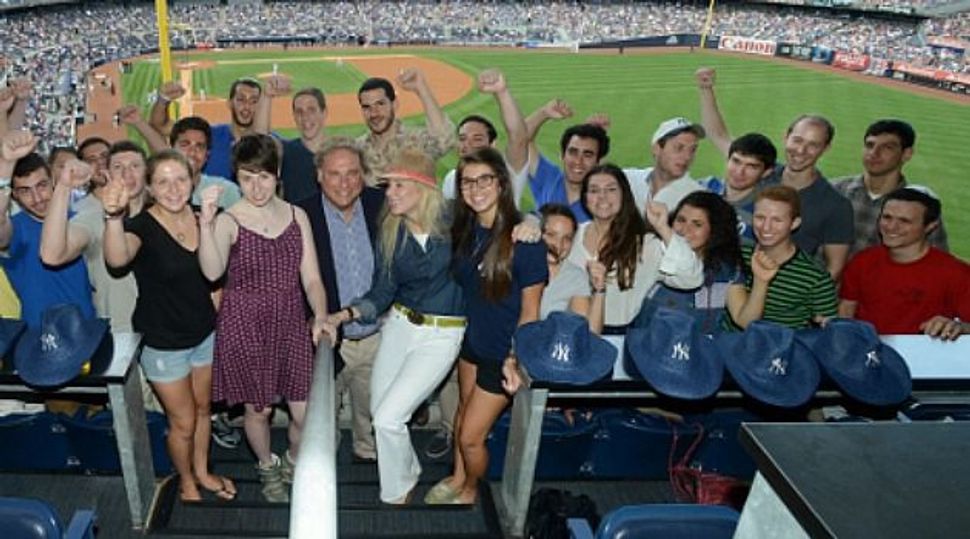 The president of the New York Yankees hosted some 40 young men and women who are making aliyah and plan to serve in the Israel Defense Forces.

Randy Levine and his wife, Mindy, hosted the future soldiers at Yankee Stadium on Sunday prior to the game against the Cleveland Indians.

Many of the young guests were scheduled to arrive in Israel on Tuesday as part of an aliyah charter flight. Of the 338 people arriving on the flight, 108 will be joining the IDF.

The flight was organized by Nefesh B’Nefesh, Israel’s Ministry of Aliyah and Immigrant Absorption and Keren Kayemeth Le’Israel in cooperation with The Jewish Agency for Israel, JNF-USA and Tzofim Garin Tzabar.

The new soldiers will be taken care of, in part, by the Nefesh B’Nefesh Lone Soldiers Program.