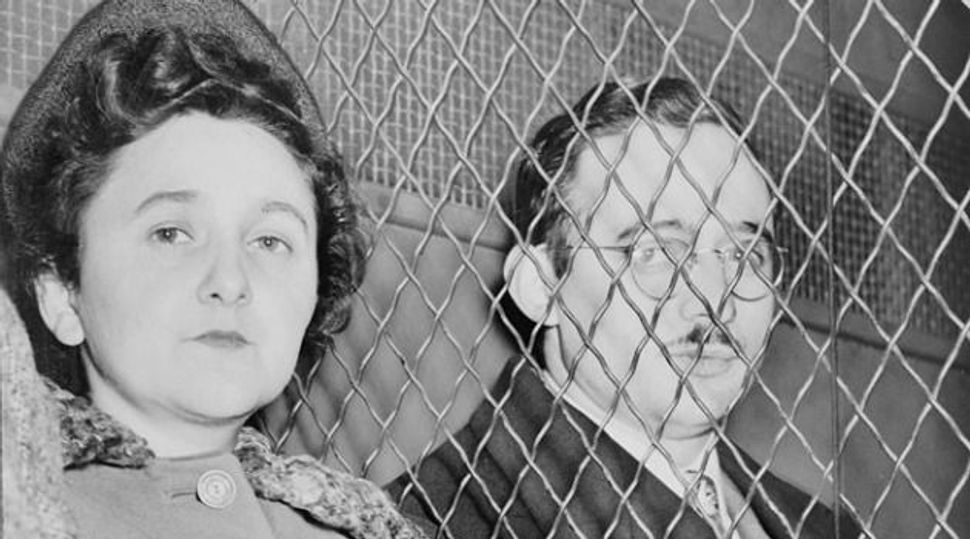 More than half a century after a jury implicated Miriam Moskowitz in the Cold War atomic espionage trial of Julius and Ethel Rosenberg, the 98-year-old retired New Jersey math teacher is asking a federal judge to throw out her 1950 conviction, the New York Daily News reported.

One of the last living links to the espionage case, Moskowitz filed papers with the Manhattan federal court on Tuesday asking to rectify what she called a “miscarriage of justice from the McCarthy era.”

During the Red Scare, federal prosecutors accused the Jewish secretary of conspiring with her then-boss Abraham Brothman, a New York chemical engineer with whom she was having an affair, to persuade a KGB courier to lie to a grand jury about his spy connections.

She was convicted based on the courier’s testimony, Harry Gold, who claimed that she had in fact prior knowledge of Gold’s and Brothman’s plans to lie to a grand jury.

While working on her 2010 book about the trial, Phantom Spies, Phantom Justice, Moskowitz spotted conflicts between Gold’s testimony at trial and statements he made to the FBI that were later read to the grand jury. This evidence could overturn the verdict against her.

She only learned this March that this was grounds to ask the court to vacate her conviction.

And now she says it’s time for the justice system to set the record straight, to finally right this wrong. While the court cannot undo more than sixty years of economic hardship, vacating the conviction and reimbursing fine will help alleviate some of Moskowitz’s financial distress particularly since, having never married, she has always supported herself.

“The effects of my conviction have had, and continue to have, profound effects on my life,” the Washington Township, New Jersey resident told The Associated Press. “For decades after my incarceration, I felt I had to avoid attention and keep a low social profile with new friends, and experienced shame in certain interactions within the community.”

Moskowitz noted, for example, that the rabbi at her synagogue once gave a damning sermon about atomic espionage on the eve of Yom Kippur, and shunned her when she approached him after the service.

“The entire course of my life has been affected by my felony conviction,” she said. “I never married or had children, in part because, for decades after my conviction, I found it painful to reveal my past. After my release from prison, FBI agents repeatedly harassed me at my workplace, making it impossible for me to keep a job.”

She hopes the guilty verdict will soon be laid to rest.

“I’m 98, and I don’t want to depart this world with this thing hanging over me,” Ms. Moskowitz told the Wall Street Journal.