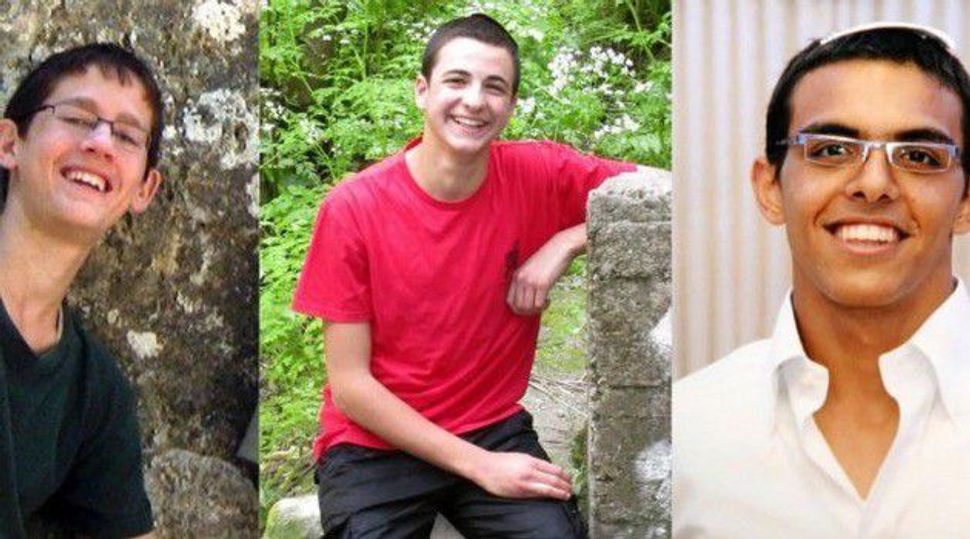 Israeli troops on Monday demolished the homes of two Palestinians it suspects of the abduction and killing of three Israeli teenagers in the occupied West Bank in June, the army said.

The homes of Hussam Kawasme and Amar Abu Aysha were destroyed before dawn and the house of a third suspect, Marwan Kawasme, was sealed up, the army said.

Israel accuses Hamas Islamist militants of the abduction and killing of Jewish seminary students Gil-Ad Shaer, Naftali Fraenkel and Eyal Yifrah, who went missing on June 12 and were discovered dead a couple of weeks later in the West Bank.

Hamas has neither confirmed nor denied the accusations.

Hussam Kawasme, a 40-year-old resident of the West Bank city of Hebron, was arrested on July 11 but the other two suspects remain at large, the army said.

The killings set off a cycle of violence that began with the suspected revenge murder by three Jewish suspects of Palestinian Mohammed Abu Khudair, 16, in Jerusalem and led to a now five-week war between Israel and militants in the Gaza Strip.

“There is no justice in Israeli law, it is racist. I have been calling for the demolition of houses of those who killed Mohammed,” Hussein Abu Khudair told Reuters.

He said he would again call for the demolition of the homes of the three suspected killers – two of them minors – when their trial resumes next month.

Hussam Kawasme’s arrest was made public for the first time earlier this month in a court document in a case over whether houses belonging to him and two other suspects should be destroyed as a punitive measure.

The document said Kawasme, who has not yet been indicted, had admitted helping to organize the kidnapping of the three Israeli youths, securing funding from Hamas and buying weapons which he passed on to the two other suspects.

He also was alleged to have helped to bury the bodies of the teenagers in a plot of land he had bought a few months earlier. He has made no public comment about the incident.

The military statement said Israel’s supreme court had affirmed the military’s wish to demolish the homes and had rejected three appeals by the suspects’ families against their destruction.