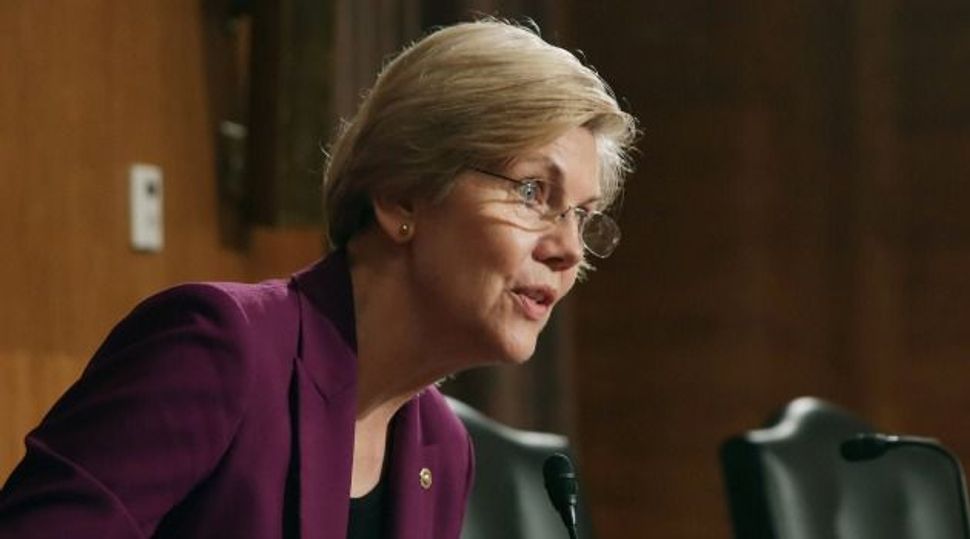 “America has a very special relationship with Israel,” Warren, a leader among liberal Democrats touted as a possible presidential contender, said last week when challenged about her vote at a Cape Cod town hall meeting.

Warren has accrued popular support on the democratic left for her backing for sweeping banking reforms and strengthening the social safety net.

She has not focused since her 2012 election on foreign policy issues, and her robust defense of Israel marked one of her first forays into the issue.

A man at the Aug. 20 meeting had challenged Warren on the vote, likening the funding for the defensive system to the controversy in Ferguson, Mo. over the police shooting of an unarmed black youth, according to a report in the Cape Cod Times.

Congress overwhelmingly voted to approve the $225 million in supplemental funding for the program during the recent Israel-Hamas war in the Gaza Strip.

When another person at the meeting noted the high civilian death toll among Palestinians, who suffered more than 2,000 deaths in the conflict, Warren said Israel did not seek to kill civilians, as opposed to the Hamas rulers of Gaza.

“When Hamas puts its rocket launchers next to hospitals, next to schools, they’re using their civilian population to protect their military assets. And I believe Israel has a right, at that point, to defend itself,” Warren said.

She also said that Israel’s relatively low death toll — 71 at war’s end this week — was a result in part of the efficacy of Iron Dome.

Both critics and defenders of Israel appeared to be present at the meeting, according to the newspaper report, with applause for both views.