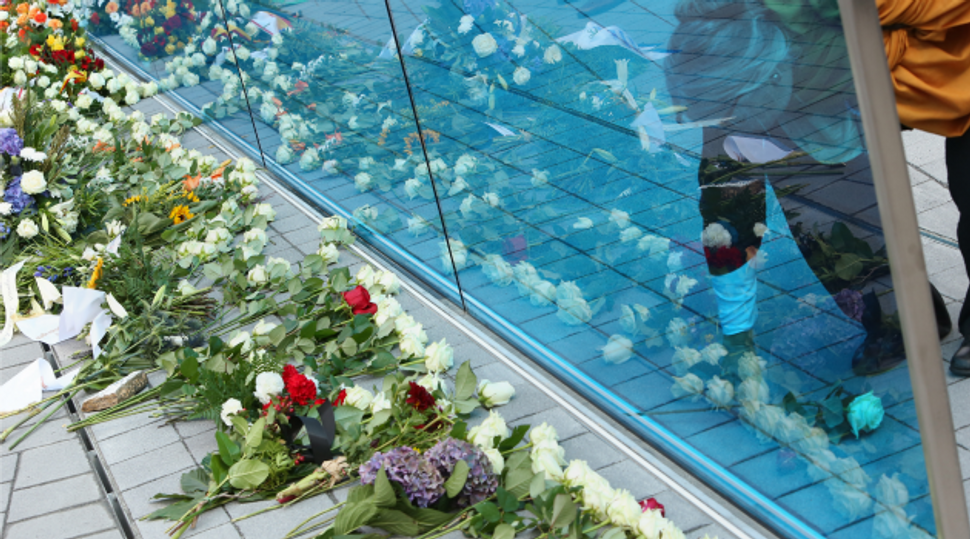 Some 300,000 people with physical or mental disabilities who were killed under Nazi Germany’s “euthanasia” program because their lives were deemed unworthy were commemorated on Tuesday with the opening of a memorial in Berlin.

Relatives of the victims joined Mayor Klaus Wowereit and members of the public to lay wreaths and white roses in front of the 30-meter-(100-foot)-long, blue glass wall of the open-air memorial and permanent exhibition.

“The Nazi murders of disabled people are among the most inhumane acts of history,” said Wowereit. “It is high time that these victims of Nazi inhumanity finally receive their own memorial.”

The Nazis killed an estimated 300,000 people with disabilities and psychological ailments, mostly by gas and lethal injection. The scheme was coordinated from offices next to Berlin’s Tiergarten, where information about the forced sterilizations and murders is now presented on plaques.

In the euthanasia program’s headquarters, doctors and administrators listed physically and mentally disabled patients to be killed, decided how it should be done, and devised ways to keep the murders secret.

“We must denounce the inhumane distinction between a worthy and an unworthy life,” said Monika Gruetters, Germany’s state minister for culture and media. “Every human life is valuable – that’s the message of this memorial.”

Hartmut Traub read from the biography of his uncle, Benjamin Traub, who was diagnosed with schizophrenia and gassed on March 13, 1941 at the Hadamar extermination site, where Traub said 10,113 patients were asphyxiated with carbon monoxide.

Just over 60 patients were gassed daily in Hadamar, Traub said. They would be examined, told to undress, and sent to a chamber in the cellar, supposedly to shower.

“They wouldn’t have had much time to react,” Hartmut Traub said. “Soon Benjamin and his 63 fellow sufferers were choking on gas.”

The memorial is located near other commemorative sites honoring groups targeted by the Nazi Holocaust – the 6 million murdered Jews, the persecuted homosexuals, and the Roma gypsy victims of Hitler’s regime.

It is specifically designed to be accessible for disabled people and those with learning difficulties.