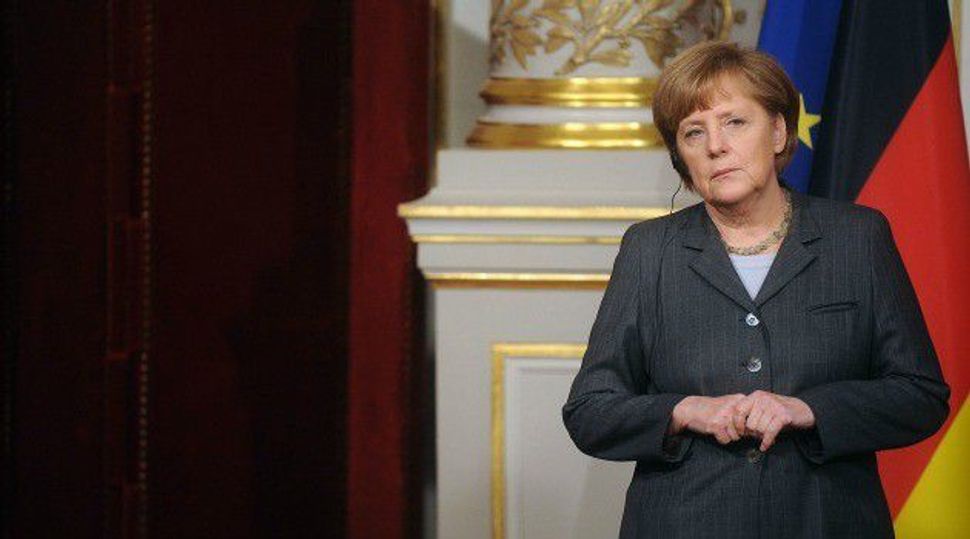 Chancellor Angela Merkel said on Saturday she would do everything she could to fight anti-Semitism in Germany, amid reports of attacks and a spike in anti-Israel sentiment since the Gaza conflict.

In her weekly podcast, Merkel said she was alarmed that Jewish institutions in Germany still needed police protection and called for a big turnout at a rally against anti-Semitism that she was planning to address in Berlin next weekend.

Authorities and media in Germany, ultra-sensitive about anti-Semitism because of the Holocaust, have criticized chants against Israel and Jews during rallies against Israel’s conflict with Hamas in the Gaza Strip.

In July, petrol bombs were thrown at a synagogue in the western town of Wuppertal and a man wearing a skullcap was beaten up on a street corner in Berlin.

“I will personally do everything I can – as will my entire government – to ensure that anti-Semitism doesn’t have a chance in our country,” said Merkel, without referring to specific incidents or mentioning any new policies.

She said there had been a revival of Jewish culture in the country since World War Two. “We’re proud and pleased that it was possible for that to grow in recent years.”

There were more than half a million Jews in Germany when the Nazis took power in 1933. That number fell to about 30,000 after the mass killings and emigrations, but the population has since grown to about 200,000.

Merkel said she hoped as many Germans would join her at Berlin’s Brandenburg Gate on September 14 for the rally organized by the Central Council of Jews in Germany.

“Hopefully there will be as many people as possible there to show that everyone who lives here will be protected,” Merkel said.

“We’ve got a lot of work ahead of us,” Merkel added. “We can see that there is not a single Jewish institution here (in Germany) that doesn’t have to have police protection … That’s something that very much concerns me.”

German anti-racist laws forbid incitement to racial hatred such as anti-Semitic slogans, and outlaw propagation of the racist beliefs of the Nazis, whose emblems are also illegal.