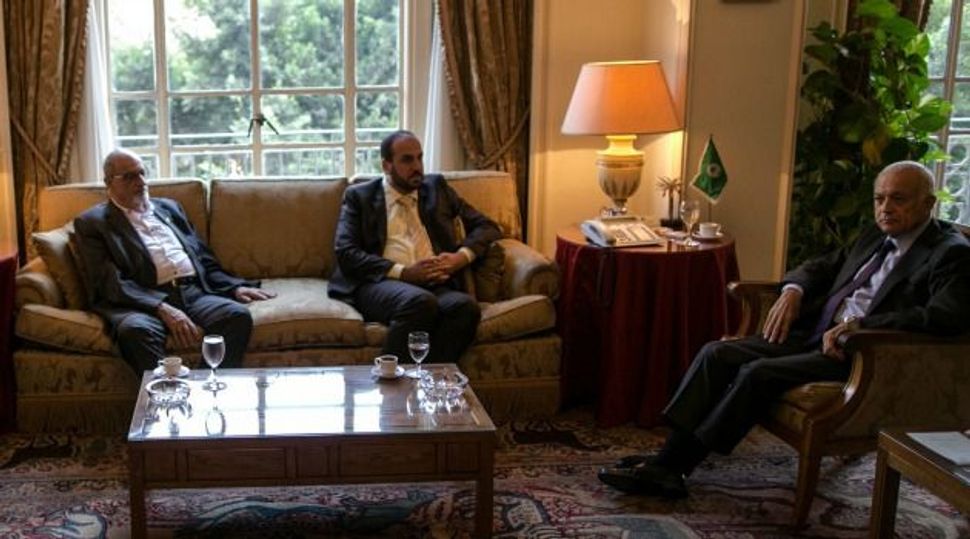 The foreign ministers of the Arab League agreed to cooperate on an international and regional level to combat the Islamic State, or ISIS.

The ministers, who met Sunday in Cairo, also said their countries would take all necessary measures to fight ISIS terrorists.

“What is happening in Iraq, and the presence of an armed terrorist group that not only challenges the state authority but its very existence and that of other countries … is one of the examples of the challenges that are violently shaking the world,” Nabil Arabi, the Arab League’s secretary-general, he told the gathering, according to The Associated Press.

The Arab League also endorsed a United Nations Security Council resolution passed last month calling on member states to “act to suppress the flow of foreign fighters, financing and other support to Islamist extremist groups in Iraq and Syria,” according to reports.

The final text of the meeting’s closing statement reportedly included a tacit agreement to endorse the U.S. campaign against ISIS.

Secretary of State John Kerry is scheduled to visit Saudi Arabia and Jordan this week to discuss possible actions in the region against the jihadist group.

The Arab League statement also for the first time called for Syrian opposition groups to meet with the state to form a reconciliation government.

Journalists reportedly were ordered to leave the meeting Sunday shortly after Palestinian Authority President Mahmoud Abbas started addressing the session. A live broadcast of the speech also was suspended.