Jack the Ripper Identified as Jewish Barber From Poland 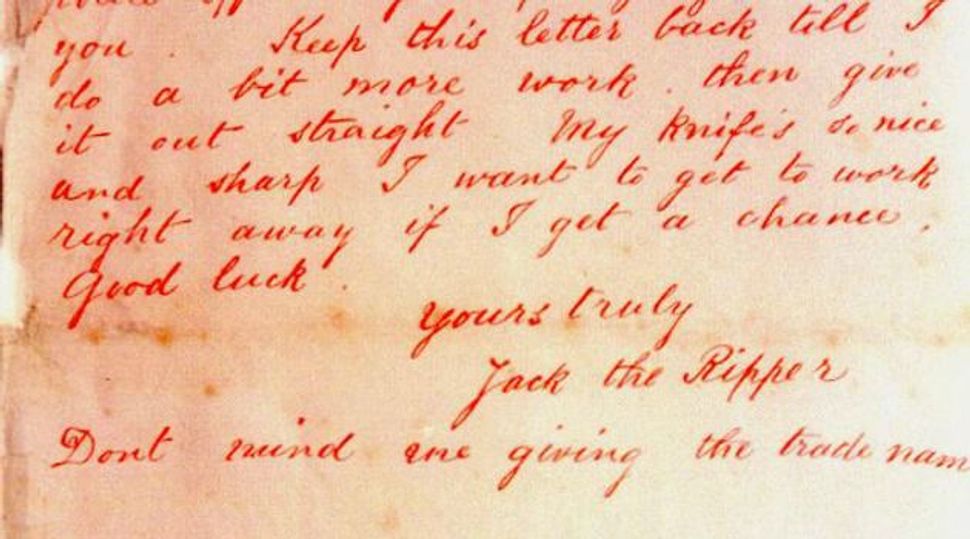 The serial killer Jack the Ripper was identified through DNA as a Jewish barber who immigrated to London from Poland.

Businessman Russell Edwards, an amateur Jack the Ripper sleuth, and molecular biologist Dr. Jari Louhelainen of Liverpool John Moores University made the discovery through DNA traces found on a shawl recovered from one of the crime scenes that allegedly belonged to one of his victims.

The discovery is announced in a book by Edwards that is scheduled to be released on Tuesday, the Daily Mail first reported on Sunday.

Edwards identifies the killer as Aaron Kosminski, who would have been age 23 at the time of the murders.

Kosminski, who came to England in 1881 with his family, reportedly lived near the scenes of the murders. He was brought in by police as a witness at the time of the murders and later released. Kosminski died in an insane asylum in 1919.

The serial killer nicknamed Jack the Ripper is accused of killing five women over about three months in the fall of 1888 in and near the Whitechapel district of London. The victims’ throats were cut and their bodies mutilated.

Edwards bought the shawl, which allegedly came from the murder scene of the fourth victim, Catherine Eddowes and still contained bloodstains, at an auction in 2007. Louhelainen was able to find blood that matched the victim and other body fluids that ultimately were linked to Kosminski.

Jack the Ripper Identified as Jewish Barber From Poland