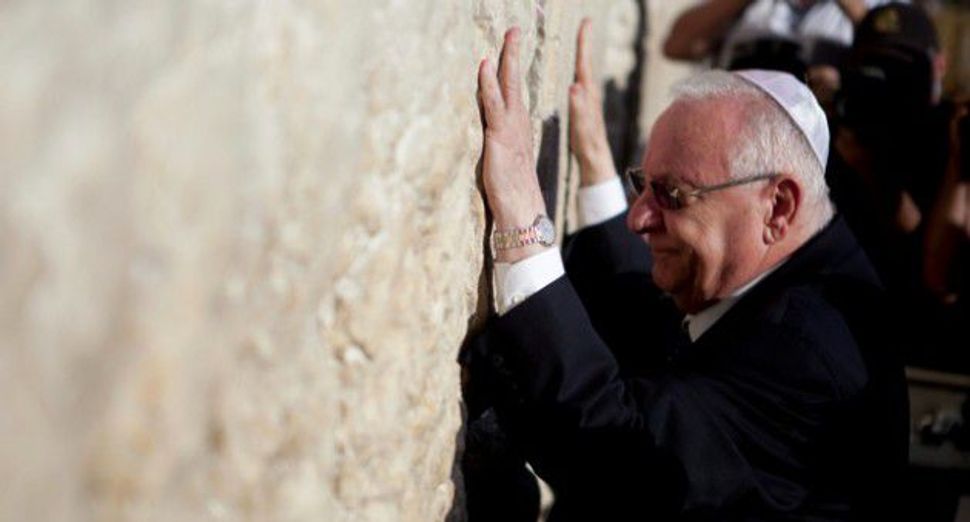 Reuven Rivlin, who drew criticism before becoming Israel’s president for his broadsides against non-Orthodox Jewish streams, told a group of Conservative Jews that Jews are “one big family.”

“We cannot agree on everything, but we are brothers and we are one big family,” The Jerusalem Post quoted Rivlin as telling the delegation Wednesday from the United Synagogue of Conservative Judaism in Jerusalem.

As recently as this year, in his capacity as a member of the Knesset, Rivlin opposed granting equal status to the Reform and Conservative movements. He also drew outrage in the past for calling Reform Judaism “idol worship” and refusing to address Reform rabbis as “rabbi.”