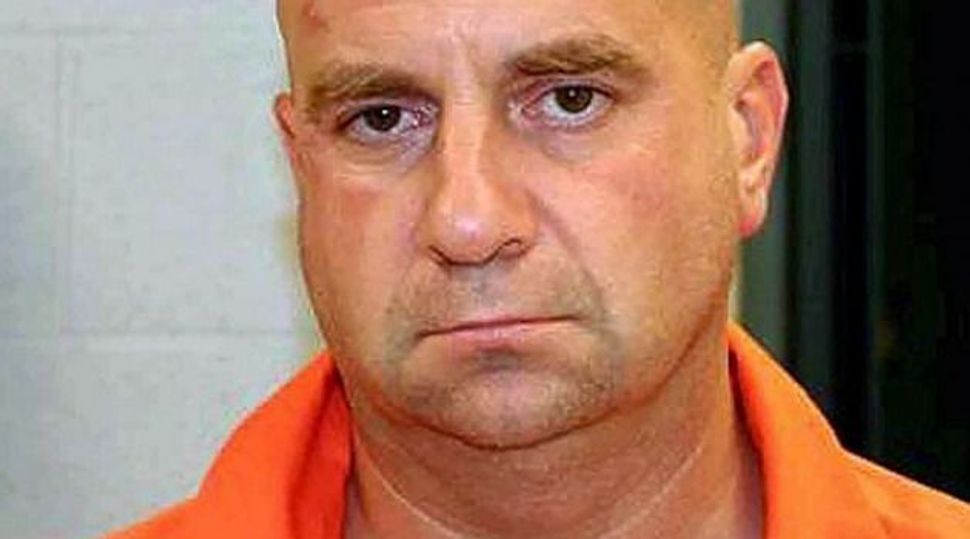 A man sentenced to death for a triple murder in a brutal home invasion in Connecticut is suing to demand a Kosher diet as a newly declared Orthodox Jew, saying the prison’s resistance has forced him into “starvation.”

Steven Hayes, 51, invoked the Eighth Amendment’s prohibition against cruel and unusual punishment in a handwritten lawsuit filed in federal court against officials at the Connecticut Department of Corrections.

“The denial of the Kosher diet forces me to eat non-Kosher food in order to survive (food is a basic need),” wrote Hayes, an inmate at Northern Correctional Institution in Somers, Connecticut.

He said he “signed up for Judaism” in January 2013 after dabbling in “the philosophy of Taoism” following another stint with Judaism in the 1990s, while he was in prison for a previous crime.

His lawyer said on Friday that Hayes was not Jewish when he and another ex-convict, Joshua Komisarjevsky, 34, were sentenced to death after their 2010 convictions for the murders of Jennifer Hawke-Petit, 48, and her daughters, Hayley Petit, 17, and Michaela Petit, 11. The husband and father, Dr. William Petit Jr., was severely injured in the 2007 attack at their Cheshire, Connecticut, home but survived.

“I think it’s good he’s gotten spirituality,” public defender Thomas Ullmann said of his client Hayes. “He’s in an oppressive situation with nothing to do 24 hours a day, just sitting in a cell.”

In the lawsuit, Hayes said that without the Kosher diet he first requested in May 2013 “I have been suffering almost starvation for the past year.”

Aside from seeking prepackaged Kosher meals for all Jewish prisoners housed in Connecticut prisons, Hayes seeks $15,000 to compensate him for his pain, suffering and “resulting weight loss.”

The Connecticut Department of Corrections did not immediately respond to a request for comment.