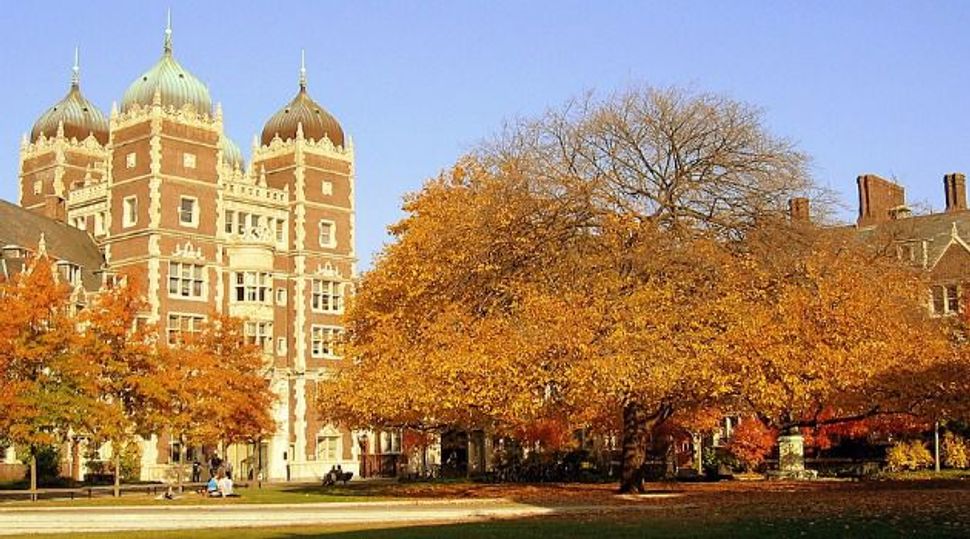 An independent Jewish organization at the University of Pennsylvania has stopped offering students a stipend to participate in its Maimonides program, after parents objected to the practice.

Since 2004, Meor has offered a $400 stipend for students to participate in its Maimonides Leaders Fellowship program. This year, Meor will no longer offer the stipend after several parents voiced concern over the practice.

Over 850 students have completed the semester-long Maimonides program, which involves weekly seminars, mixing lecture and discussion, with Jewish leaders and educators. The concerned parents found the stipend “suspicious,” according the campus student newspaper, the Daily Pennsylvanian.

The parents brought their complaints to Penn’s Office of the Chaplain, which is responsible for coordinating religious activities on campus. Meor, which is recognized by the University but does not receive funding, reached an agreement with the University’s Chaplain Reverend Charles L. Howard, to stop offering the stipend.

“In ten years we have only had a few complaints—three or four that I’m aware of—from parents who have their own agendas and disagree with their children getting interested in Judaism,” Meor’s executive director, Rabbi Shmuel Lynn, told JTA. “Parents see that a religious organization is offering their children money to participate in a program, and they are concerned about that.”

Only students who completed the program received the $400 stipend, and were free to use it at their discretion. Lynn said that he understands how parents might perceive the stipend as a type of payment for students to learn about Judaism. He contends that students were encouraged to use the money towards charitable causes, and that the program does not foist an agenda on participants.

“We want to help students engage with Judaism in a vibrant and intelligent way. What they do with the information is their own prerogative,” said Lynn.

Other religious organizations also offer stipends for students who complete certain programs. Chabad, another Jewish group on campus, offers a $350 stipend for participants in its Sinai Scholars program. The Daily Pennsylvanian reported that the Chaplain’s Office has not contacted Chabad about the stipends it gives to students.

“All the organizations on campus offer stipends. These are busy students with busy lives, so it’s really just the same thing that goes on in all the other departments,” Lynn said.

Lynn considers the program to be “very successful” and believes in its continued success even without the stipend. The extra money will be used to provide more texts, and to further subsidize trips for participants to Israel, Poland, Russia, and elsewhere.