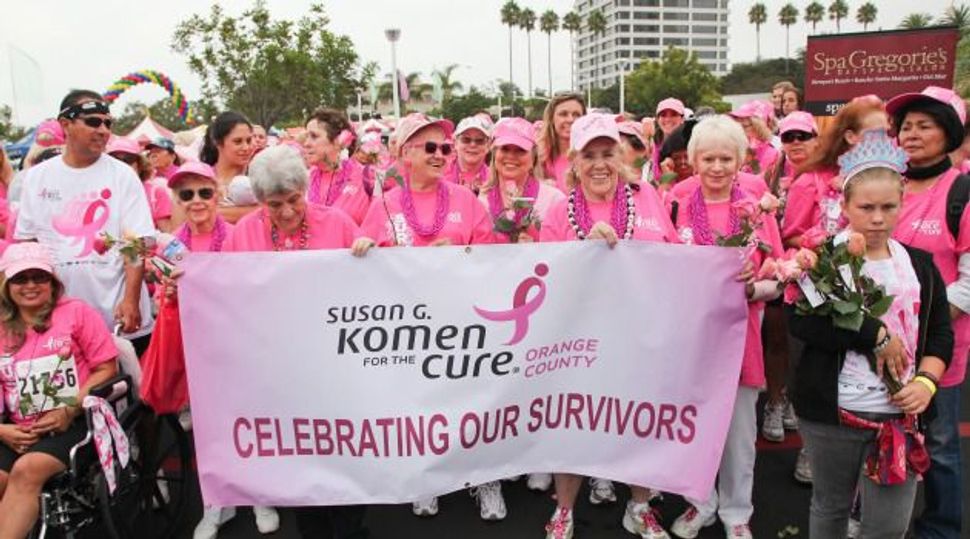 The Susan G. Komen organization apologized for holding its Race for the Cure in Houston on Yom Kippur.

Komen’s executive director, Ariana Higgins, told the Houston Chronicle that the foundation has learned its lesson following an outcry from the Jewish community. The foundation received “considerable community feedback,” according to the newspaper.

In its unsigned letter of apology, the organization said it noticed five years ago that there would be a conflict and tried to change the event, but that the alternate dates offered on the crowded city calendar did not suit its needs.

“Although we are aware of the message that scheduling the Race for the Cure over this important holiday may send, we must express that we did not intend any disrespect or to undervalue the significance of this holy day,” the apology said.

But Rabbi David Lyon of Houston’s Congregation Beth Israel wrote in a blog post, “Over the course of five years, any truly concerned organization would have found a better solution.” The rabbi said that he and his wife would no longer support the organization, and would find “other organizations that accept greater personal responsibility to honor the health of all women and their respective faith traditions.”

Susan G. Komen, for whom the race is named, reportedly was an observant Jew.

The race is traditionally held the first Saturday in October, the start of Breast Cancer Awareness Month. Some cities hold their race on the first Sunday of the month. This year, eight of the 138 races across the United States will be held on Yom Kippur, the Chronicle reported.

“We’re already looking at future calendar dates and making sure we won’t encounter this in the future,” Higgins said.