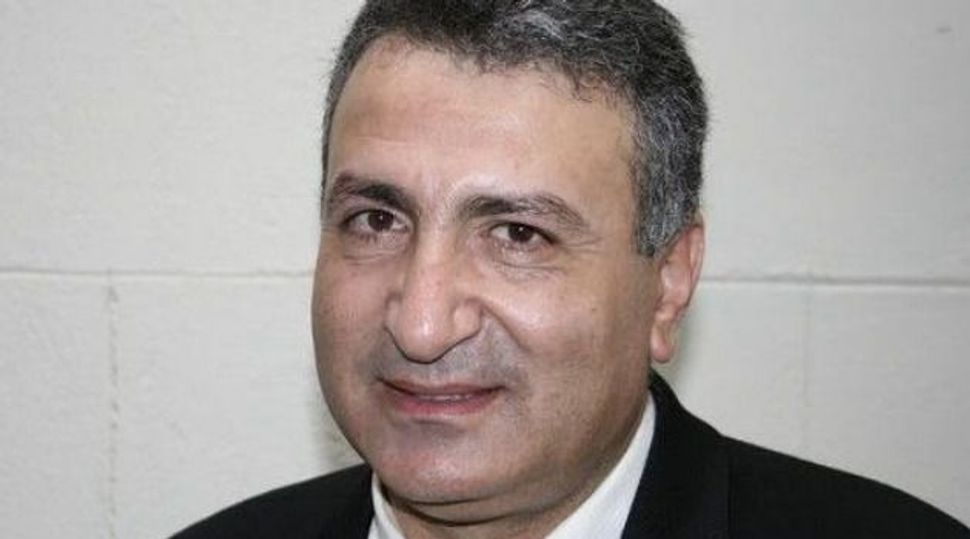 Syrian rebels should make peace with Israel in return for support in overthrowing the current Syrian government, a prominent Syrian rebel said.

Kamal al-Labwani spoke with Israeli reporters on Tuesday in Jerusalem. He visited Israel for more than a week while taking part in the annual International Conference on Counter-Terrorism in Herzliya.

Labwani said that a new Syrian government would be able to reach a negotiated settlement over the Israel-annexed Golan Heights to turn the territory into “a garden of peace rather than conflict,” he told the i24 Israeli news channel. Israel captured the southern Golan in the 1967 war.

“It is up to the government of Israel. I think we can open the road, we can cooperate, we can create a new process for peace in Syria and the whole region. But both sides need to understand each other and listen to each other,” he told i24 news.

Labwani was released from a Syrian prison in 2011 during a general amnesty after being held for nearly a decade on charges of “communicating with a foreign country and inciting it to initiate aggression against Syria.” He was given political asylum in Sweden.

He called on the new U.S.-led coalition against ISIS to also help to overthrow the government of President Bashar Assad, and to provide more support to the rebels and the Syrian people, including establishing a no-fly zone for Syrian rebels and refugees in the north and south of the country.