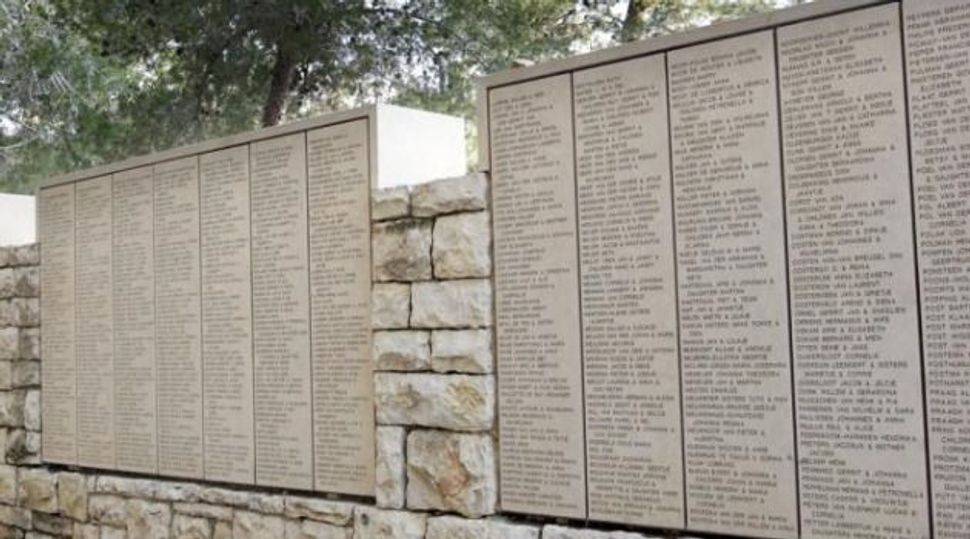 Israel’s Holocaust remembrance authority named a Surinamese who risked his life to save Dutch Jews as a Righteous among the Nations.

The Dutch descendants of William Arnold Egger on Thursday attended a ceremony organized by the Israeli embassy in The Hague honoring his actions in 1942, when he kept 12 Jews in a secret cellar, the Omroep West broadcaster reported.

Ambassador Haim Divon presented the family with a medal recognizing Egger as a Righteous among the Nations, a title conferred by the State of Israel through the Yad Vashem Holocaust museum to non-Jews who risked their lives to save Jews during the Holocaust.

When German occupation forces and Dutch collaborationists began deporting Dutch Jews, Eggar dug a cellar where he and his wife hid 12 Jewish people, including in-laws.

A woman seeking revenge for her husband’s affair with Eggar’s sister-in-law reported the hide-out to the Germans, the Den Haag FM radio station reported.

None of the people Eggar and his wife hid survived the Holocaust.

Eggar and his wife were sent to Nazi concentration camps. They both survived, but Jas, who was sent to Auschwitz and subject to experiments, was mentally and physically disabled for the rest of her life.