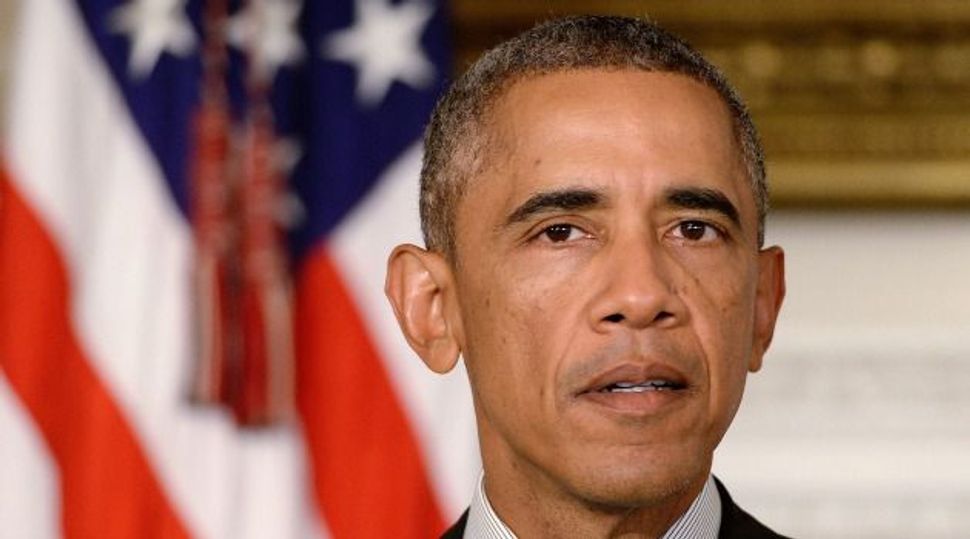 The jihadist group ISIS called on its followers to attack U.S. citizens and said President Obama was a “mule of the Jews.”

ISIS spokesman Abu Muhammad al-Adnani issued a statement that said the coalition led by the United States against ISIS was the “final campaign of the crusaders.”

ISIS followers should attack not only U.S. nationals but also the French, Canadians and Australians, he said, as well as nationals of other countries involved in the coalition.

Directly addressing Obama, Adnani said, “O mule of the Jews, you claimed today that America would not be drawn into a war on the ground. No, it will be drawn and dragged to its death, grave and destruction.”

Meanwhile, Argentine President Cristina Fernandez de Kirchner said that she had received threats from ISIS during her weekend meeting at the Vatican with Pope Francis.

Fernandez cited her friendship with the Argentina-born pope and the fact that she has recognized both Israel and Palestine as the reasons for the threats.