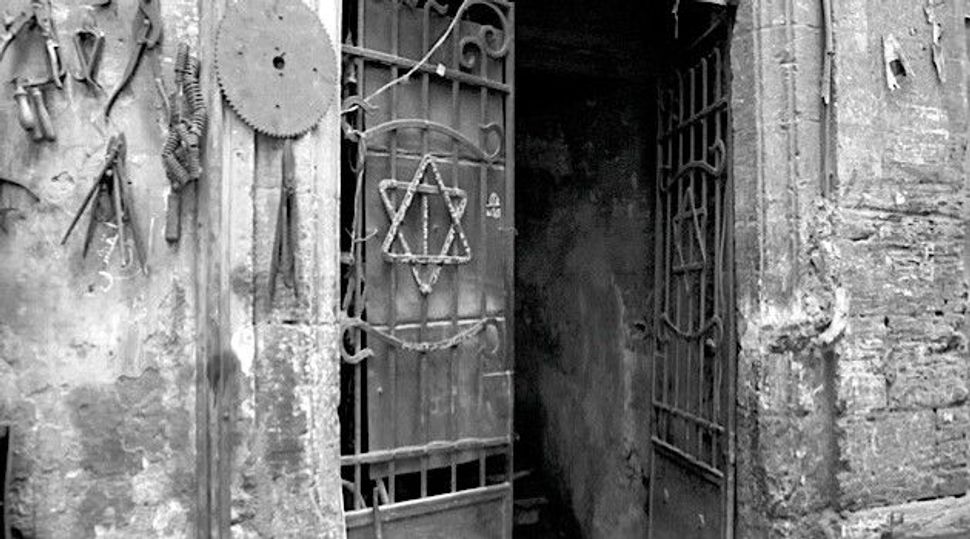 Image by jews of egypt

Only 12 Jews remain in Egypt, the remnant of a community of some 100,000 that lived there until the 1950s, the community’s leader said.

“We are dying, we are drowning, we are finished,” Jewish community head Magda Haroun told the BBC in an interview broadcast on Sept. 18.

Haroun told the BBC that her “first duty is to take care of the human beings,” the remaining Jews, “the old ladies which have no family, are alone.”

“And my second duty and most important one is these things that will never die,” she said, pointing to the religious and ritual objects.

Most of Egypt’s Jews left in the 1950s and 1960s when Egypt and Israel were at war and Jews were accused of being spies.

Haroun was elected head of the Jewish community in April 2013 following the death of Carmen Weinstein. At the time there were about 40 Jews in Egypt, mostly elderly women split between Cairo and Alexandria.

Her father, Chehata Haroun, was a nationalist politician who was anti-Zionist.