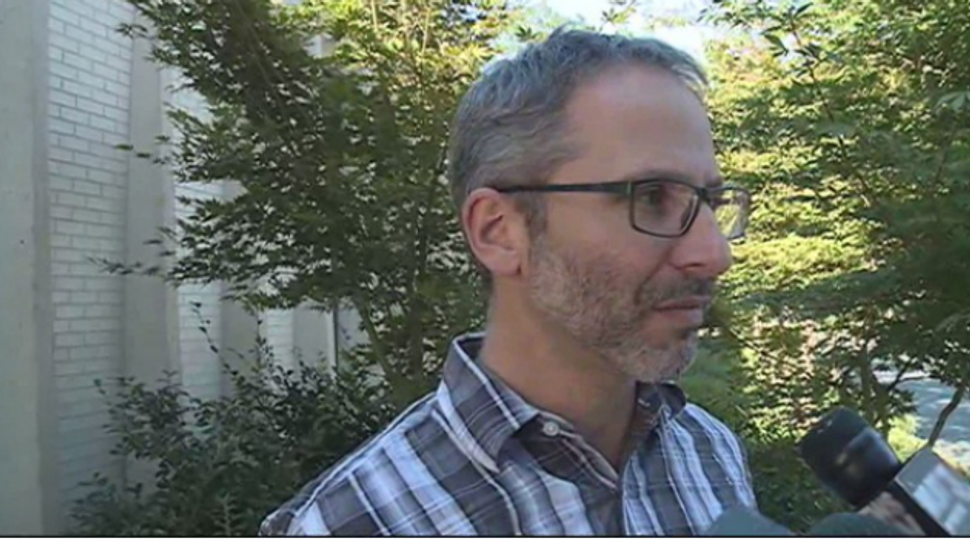 A rabbi in Jackson, Miss. said he was thrown out of a local restaurant due to his religion.

Rabbi Ted Riter of the Beth Israel Congregation told local media that an employee of Wraps, a Jackson restaurant, asked him if he wanted “a full size or a Jewish size” when he ordered a Greek salad. When the rabbi asked the man what he meant by that, the employee responded: small. Everybody knows that.”

The rabbi said that the employee asked if he was Jewish and then told him to leave the restaurant, accompanied by swearing and anti-Semitic slurs.

When reached by local media, the restaurant owner said that the rabbi “didn’t know exactly what he wanted, and we offered him our services, and that’s the extent of it.” He also said the rabbi “disrespected” the business, according to the Clarion-Ledger newspaper.

Riter, the synagogue’s interim rabbi, has lived in Jackson since July and said he has visited the establishment before with no trouble.