Iran’s Rouhani Blames U.S. and Allies for Rise of Extremists 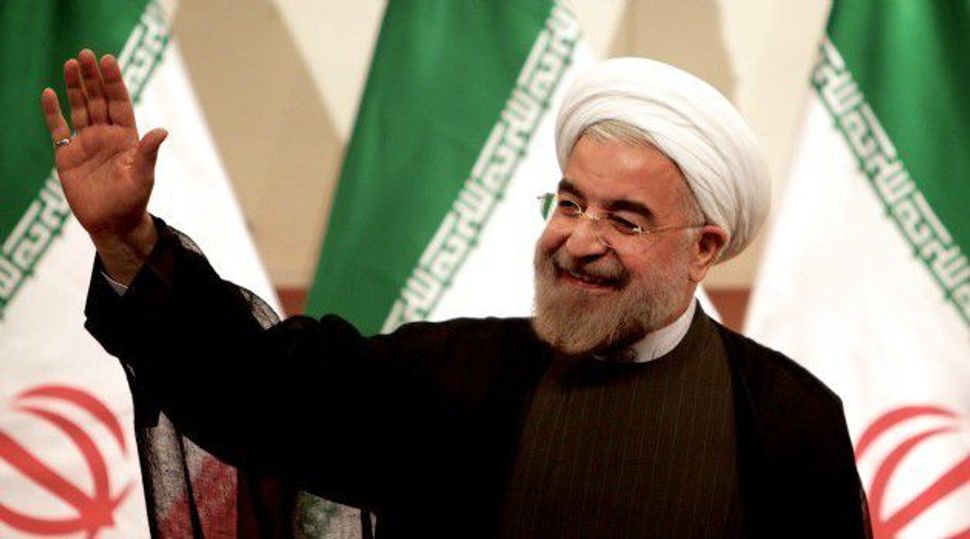 Iranian President Hassan Rouhani blamed the United States and its allies for the rise of extremists and terrorists while also reaching out to the West.

“Extremism is not a regional issue that just the nations of our region would have to grapple with; extremism is a global issue,” Rouhani said Thursday in an address to the United Nations General Assembly. “Certain states have helped creating it and are now failing to withstand it. Currently our peoples are paying the price.”

“All those who have played a role in founding and supporting these terror groups must acknowledge their errors that have led to extremism.”

Rouhani said he was “astonished” that the terror groups call themselves Islamic.

“To uproot extremism, the world must spread justice and development and disallow the distortion of divine teachings to justify brutality and cruelty. The pain is made greater when these terrorists spill blood in the name of religion and behead in the name of Islam.”

He called for homegrown democracy based on growth and development, adding: “In an underdeveloped society, imported democracy leads only to a weak and vulnerable government.”

Rouhani called Iran “one of the most tranquil, secure and stable nations” in the Middle East.

He also referred to the summer’s Gaza conflict between Israel and Hamas.

“Had we had greater cooperation and coordination in the Middle East, thousands of innocent Palestinians in Gaza would not have been fallen victim to the Zionist regime’s aggression,” he said.

Appearing to reach out to the Western world, Rouhani added: “We in the Islamic Republic of Iran consider interaction and confidence building among states of the region as fundamentally essential for conflict resolution. We support any measure to promote cooperation between Islamic nations to combat extremism, threats and aggression, and in this connection are prepared to play our permanent constructive and positive role.”

He called sanctions against Iran a “strategic mistake against a moderate and independent nation under the current sensitive condition in our region.” Rouhani said the current negotiations over his country’s nuclear program are not because of the sanctions but because of the “will of the people.”

He said the nuclear negotiations between Iran and the world powers have continued “with seriousness and optimism” on both sides.

“A final accord regarding Iran’s peaceful nuclear program can serve as the beginning of multilateral collaboration aimed at promoting security, peace and development in our region and beyond,” Rouhani said.

Iran’s Rouhani Blames U.S. and Allies for Rise of Extremists