Graves Vandalized in Jewish Cemetery on the Mount of Olives 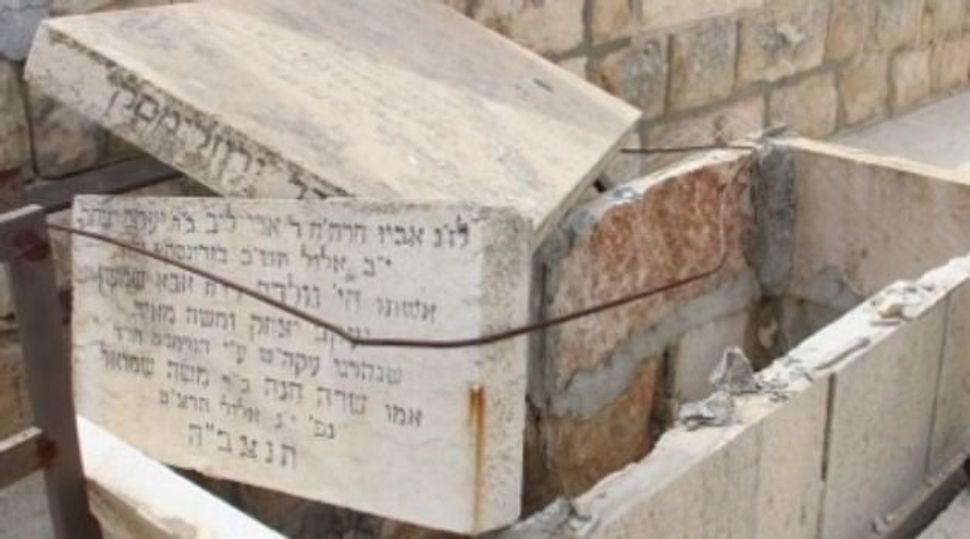 More than 40 graves were vandalized at the Jewish cemetery on the Mount of Olives.

The vandalized graves were located in the Ger Hasidic section of the Jerusalem cemetery. Many headstones were toppled over or smashed, and brass lamps and other items were stolen.

The damage was discovered on Friday afternoon, the second day of Rosh Hashanah, when sect members visit the graves of their loved ones.

Among the desecrated graves was that of Rabbi Yitzchok Meir Levine, a haredi Orthodox politician and Knesset member for the Agudat Israel party.

Newly installed surveillance cameras in the cemetery were broken by the vandals, according to the International Committee for the Preservation of Har Hazeitim.

Residents of Maale Hazeitim, located across the street from the cemetery, said that masked Arab youths vandalized the cemetery and that police did not intervene for more than an hour, waiting until reinforcements arrived, according to the committee.

Over the past few weeks, the cemetery has been vandalized several times as Jerusalem has been plagued by increased violence, according to reports.

Graves Vandalized in Jewish Cemetery on the Mount of Olives