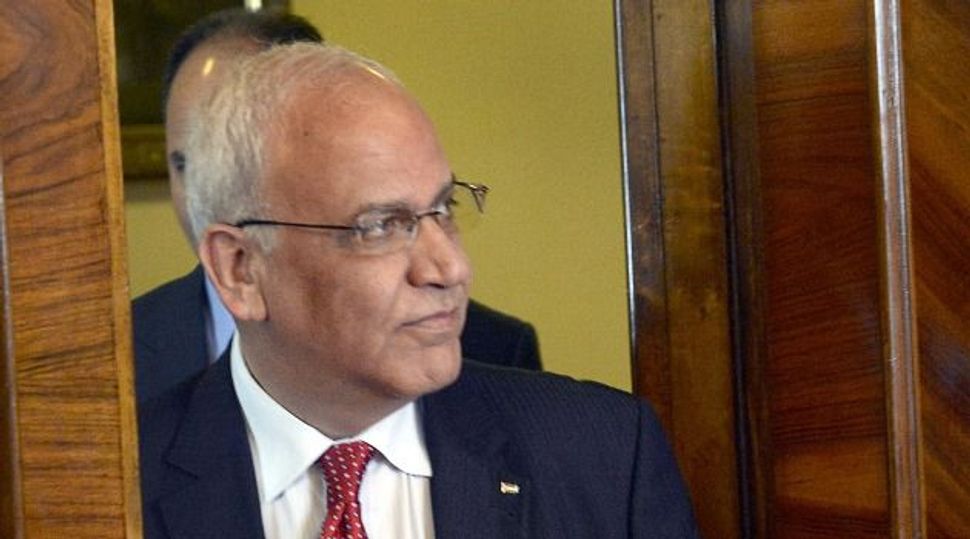 Erekat’s comparison in an interview with the French news agency AFP came a day after Netanyahu in his speech to the U.N. General Assembly said the Palestinian terror organization Hamas was akin to ISIS, also known as Islamic State or ISIL.

“Netanyahu is trying to disseminate fear of the Islamic State led by Abu Bakr al-Baghdadi, but Netanyahu forgets that he himself leads the Jewish state,” Erekat told AFP. “He wants us to call Israel the Jewish state and supports terrorist settlers who kill, destroy and burn mosques and churches … like Baghdadi’s men kill and terrorize.”

Erekat told AFP that Netanyahu’s speech at the United Nations “finally closed the door on progress towards a two-state solution within the 1967 borders and rejected any serious political solution.”

Israeli and Palestinian representatives are set to meet in October in Cairo to continue negotiating terms of the long-term truce following the 50-day Israel-Hamas conflict this summer in Gaza.