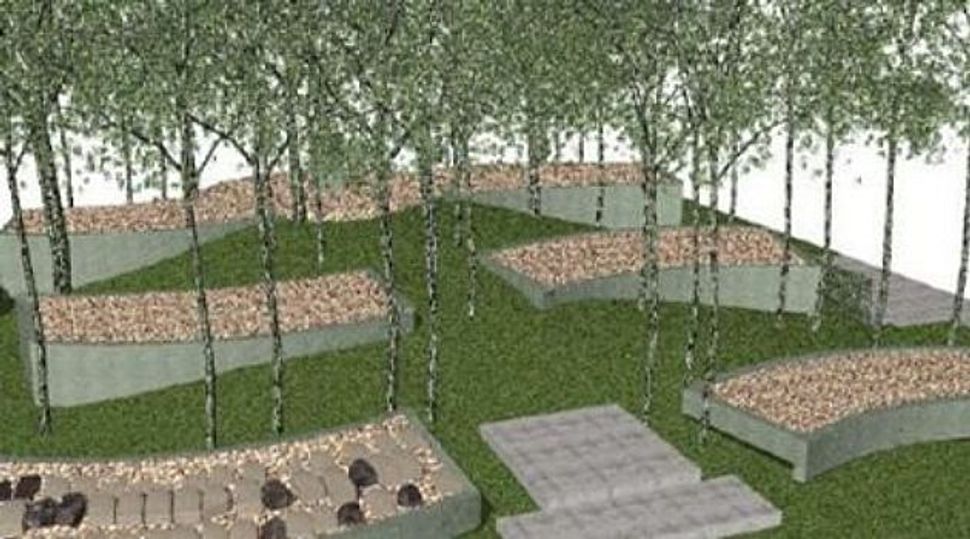 An organization in Wronki, Poland, is creating a lapidarium-style memorial at the site of a destroyed Jewish cemetery in town.

The project of the Wronki Jewish Lapidarium Association involves about 800 Jewish gravestones or fragments recovered several years ago from two cemeteries razed by the Nazis during World War II. It aims to piece together broken stones and arrange them in several areas of the cemetery site.

The gravestones and fragments had been documented last year and put into order by students from Adam Mickiewicz University in Poznan. Two local historians and inmates from a nearby prison aided the effort.

Most of the approximately $20,000 in financing for the memorial has been secured, mainly via European Union funds, according to the association.

The group is crowdsourcing the final funding via a Polish website that is similar to Kickstarter.

Poland’s chief rabbi and the Roman Catholic archbishop of Poznan, as well as municipal officials, are backing the memorial.